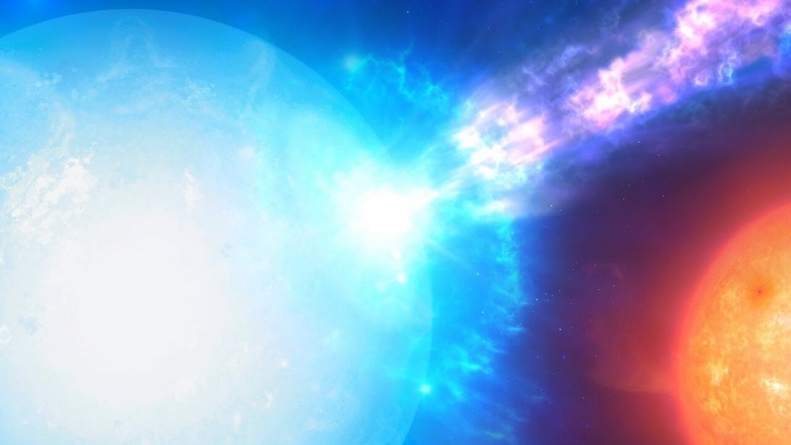 PARIS: Astronomers have spotted a new type of thermonuclear explosion on the surface of distant stars. It’s called a “micronova,” and it’s smaller than a classical nova or dazzling supernova but still powerful enough to burn through entire mountain ranges in a few hours. Researchers led by Simone Scaringi at Durham University’s Center for Extragalactic Astronomy spent months puzzled by data from NASA’s Transiting Exoplanet Survey Satellite. TESS is used to search for planets around other stars by taking a close look at the light from those stars for dips in brightness that could be caused by other worlds passing in front. But at least three stars TESS observed showed unusual bursts in brightness lasting for just a few hours at a time. “We couldn’t explain it until we made, finally, a connection that these may be thermonuclear explosions happening on accreting white dwarfs,” explains Scaringi, who’s lead author on a study published in the latest issue of the journal Nature.