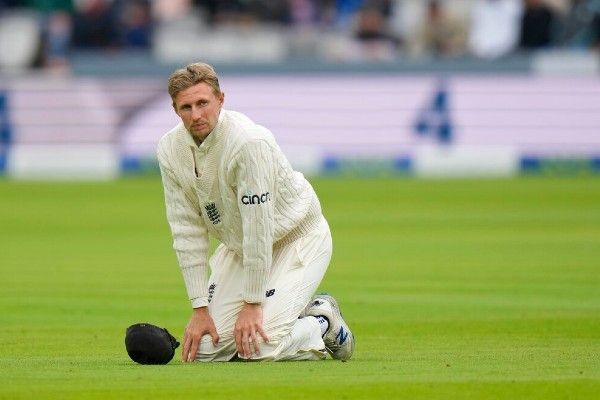 LONDON: India’s victory against England
at Lord’s, the Mecca of cricket, was outstanding. It took one 50 years back to
1971 when India, under the captaincy of Ajit Wadekar, came close to beating
England at the historic venue. India did finally manage a historical win in the
last Test match at the Oval. It not only won them the series but was also their
first Test win in England.

The
Indian cricket fans and followers in 1971 on an auspicious occasion, Ganesh
Chaturthi, were glued to their transistor nervously listening to every run in
chase of victory. A square cut to the fence by Abid Ali led to the bursting of
crackers and outburst of celebration, which had been suppressed for nearly 40
years.

India
played their first Test match at Lord’s in 1932 and the venue since has always
had a close connection to Indian cricket. It was 50 years thereafter in 1983
that Kapil Dev and his band of merry men won India the World Cup and the
balcony at Lord’s became the backdrop of India’s greatest win.

The
Lord’s Test match in 2021 was a see-saw battle that had all the ingredients of
what makes Test cricket exciting for the true connoisseur of sport. The
uncertainty of it was palpable on all the five days of the match and kept one
absorbed thoroughly.

The root
of India’s problem was England’s Joe Root, a one-man army battling away to keep
his side ahead. A captain who led from the front handsomely while batting, but
made many an error as captain on the field.

England
won the toss and Root opted to field, hoping to cash in on the cloudy
conditions prevalent then. His bowlers rather than attacking India’s talented
openers, Rohit Sharma and K.L. Rahul, bowled many of their deliveries outside
the off stump.

It
allowed the visiting batsmen to get a good insight into the pace and bounce of
the pitch. However, the true reason behind Root opting to field was to protect
his batsmen against the lethal Indian pace attack. India, known to produce spin
magicians earlier, now have a cupboard full of pacers, who on a given day can
competently replace one another.

India’s
two match-winning spin bowlers, Axar Patel and Ravichandran Ashwin, who spun a
web during India’s series win over England at home are sitting on the bench
waiting to be unveiled. This they will do in this five-match series once the
hot summer weather in England finally sets in.

One gets
the feeling that England’s think-tank seemed so engrossed in strategising to
get Virat Kohli’s wicket that they neglected the rest of the side. Root’s field
placement and bowling changes have been questionable.

He let
the Indian batsmen get easy runs through nudges to third man and the fine-leg
region. One such bizarre error was when Sam Curran, their only left arm medium
pacer, looked to extract swing. Instead of attacking with a leg-slip and a
short-leg fielder, Root decided to get the batsmen out in slips.

Rohit
Sharma got two easy boundaries through snicks on the leg-side. These are the
subtle on-field decisions that an astute captain makes that can change the
course of the game. Innovative tactics is what Joe Root lacks as a captain, as
everything cannot go according to a set plan finalised in the dressing room.

The match
on the final day of the Test match at Lord’s looked to be in favour of England.
Having dismissed Rishabh Pant early, England were all set to demolish the
Indian tail, especially with the new ball in hand.

Cricket
is a funny game. One can never underestimate the situation. England let their
hair down and decided to make mickey out of Jasprit Bumrah by bowling bouncers
to him. One was astonished and bewildered to see that the English bowlers had
three slips and a gully to the top Indian batsmen, whereas they just had one
catcher for Mohammed Shami and Bumrah.

The field
set on all corners of the ground was one that even the likes of Gayle and Ben
Stokes would have found difficulty in clearing against the England pace attack.
The ridiculous part of it was that there was no fielder in the third man area,
the most productive place for a tail-ender. Joe Root learned a very bitter
lesson once India was in the driver’s seat. He did accept his folly in a
statement later.

The
batting success was all that was needed for Shami and Bumrah to get to their
fiery best. They bowled beautifully and with the ever improving Mohammed Siraj
as support, the English batsmen looked like rabbits caught in the glare of
headlights.

Test
cricket is serious business. Virat Kohli is the foremost promoter of this
format. He is one of the most excitable and expressive captains that one has
ever come across in cricket. He shows his emotions at the drop of a hat, which
is a part of his personality. I feel it is just what Indian players require to
egg them on.

His style
and aggressive behaviour has been criticised by some. However, this is what
gets him energised and charged and that augments well for Indian cricket.

The India
versus England Test series has now been ignited into battle royale. India had
got the better of Australia in a similar tussle earlier in the year. One hopes
that they can stand up against the onslaught that one expects from England.

India’s
only problem is the “ROOT of all troubles”! They need to keep the
English captain at bay.