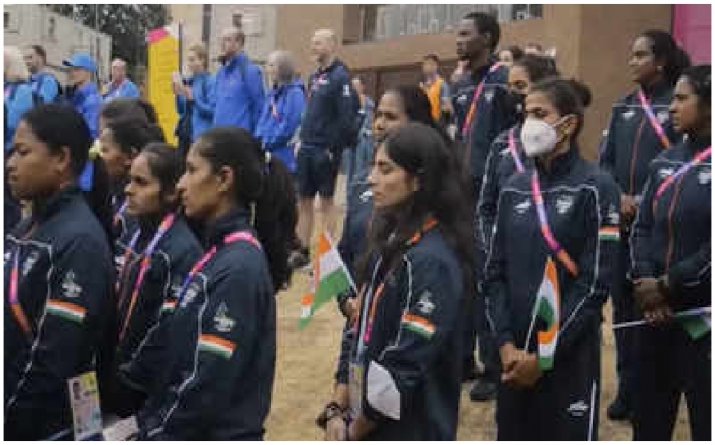 LONDON : On the eve of the Opening Ceremony of the Commonwealth Games (CWG) 2022, the Indian flag was hoisted at the Athletes’ Village in Birmingham.

Several Indian athletes, including the men’s and women’s hockey teams, took part in the flag-hoisting ceremony on Thursday.