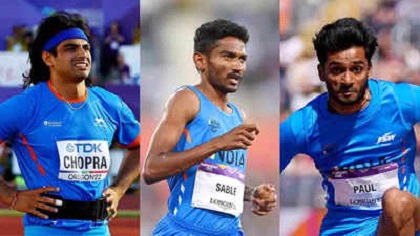 LONDON : Athletics and India – two words which are still not really spoken of in the same breath too often at global multi-discipline events like the Olympics and World Championships. Yet.

Team India of course has had a few shining lights, who gave the rest of the athletics world a run for its money in their respective disciplines, from time to time on the global stage.

The legendary Milkha Singh charged into the 1960 Rome Olympics having won the gold medals in the 200m and 400m sprints at the Tokyo Asian Games that year. He almost won a 400m bronze in Rome, only to heartbreakingly finish fourth, coming in just 0.1 seconds behind the bronze medallist Malcolm Spence of South Africa. That day in Rome, Milkha Singh couldn’t grab an Olympic medal, but he created a National Record which stood for almost 40 years.

And then of course the crowning glory – javelin thrower Neeraj Chopra’s gold at the Tokyo Olympics last year. The biggest prize in world sport – an Olympic gold medal – won by an Indian. The first Indian to win a gold medal at the Olympics in athletics ever and only the second overall (if you count Norman Pritchard’s two silvers in the 1900 Games, representing India). 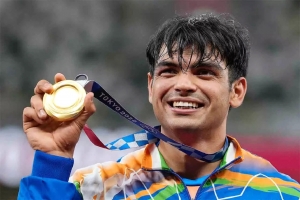 Neeraj then added another feather to his cap when he bagged a silver medal recently at the athletics World Championship in Oregon, becoming just the second Indian after Anju Bobby George to win a medal at the prestigious world-level tournament. Incredibly,

Indian athletes have been participating at the athletics World Championships since 1983 and have so far won two medals.

The two tournaments that we can look at to gauge how much Indian athletics is improving overall are of course the Commonwealth Games and the Asian Games.

While the level of competition in these two Games are not the same as at the Olympics and the World Championships, purely because the number of participating countries are limited in these two Games, any improvement is a positive sign for the future. And if Indian athletes are improving from one edition to the next, the chances of them doing better at the Olympics and World Championships also get better. And there has been significant improvement in the performance of Indians in athletics in the CWG and Asian Games over just the last two editions itself.

Let’s take a look at the Commonwealth Games first – these are Games not restricted to Asian countries alone and also feature the likes of Australians, the British, Canadians, New Zealanders, the Scottish, Kenyans, South Africans, Northern Irelanders, Jamaicans and more.

In the 2018 CWG, Indian won a total of three medals in athletics. One gold, one silver and one bronze. In the recently concluded edition in Birmingham, that number went up to 8. 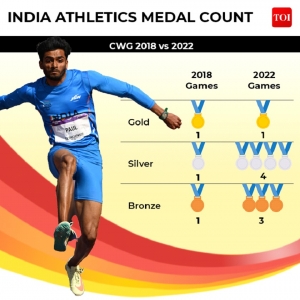 What was in fact incredible to see, more than the 62.5% increase in medal count, was the number of historic medals Indian athletes won, in events they had never dominated before. 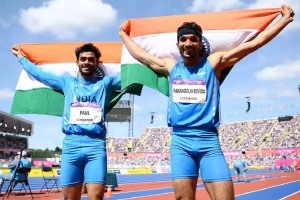 Annu Rani also joined the historic list by becoming the first Indian female javelin thrower to win a CWG medal by clinching a bronze medal. Priyanka Goswami shattered a three year old National Record to become the first Indian female race walker to win a medal at the CWG. She bagged a silver in the women’s 10,000m race walk event. Tejaswin Shankar’s bronze in the men’s High Jump event made him the first Indian to win a CWG medal in High Jump. Murali Sreesahankar’s silver in the men’s Long Jump was also a historic achievement.

What will help us understand this improvement in performance better is a graphical look of the athletics disciplines in which India won the medals in 2022 vis a vis 2018.

Below is the break-up of the disciplines India bagged medals in in athletics in the last two editions of the CWG: 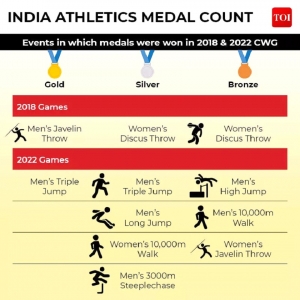 Medals in events like Triple Jump, Long Jump, Steeplechase and women’s javelin in 2022 – a real reason to celebrate Indian sports overall and also the steady rise of Indian athletics.

Now, let’s shift focus to the Asian Games. These are Games where India have traditionally done much better in athletics of course, because of the reduced number of participating countries. In fact India has won its maximum Asian Games medals in athletics – a whopping 254 medals, with 79 gold, 88 silver and 87 bronze. The next best performing sport for India at the Asian Games overall is wrestling, which has 59 medals.

Over the last two editions itself, there has been a significant increase in athletics medals for India at the Asian Games. 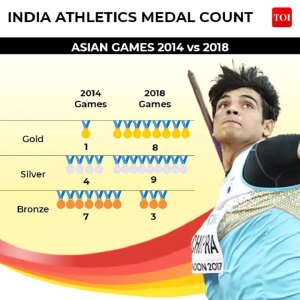 Let’s again take a look via a graphic at the athletics disciplines in which Indian athletes won medals at the 2014 edition of the Games vis a vis the 2018 one: 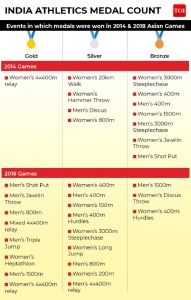 The silver medal count from 2014 to 2018 also went up from four to nine athletics disciplines. Don’t be surprised if Indian athletes register multiple new records in the next edition of the postponed Asian Games in 2023.

Ahead of the 2018 Asian Games, Commonwealth Games gold medallist and two time Asian Games bronze medal winning discus thrower Krishna Poonia was quoted as saying that a new era has dawned for Indian athletics. Four years on, it looks like that era might be a very long one.