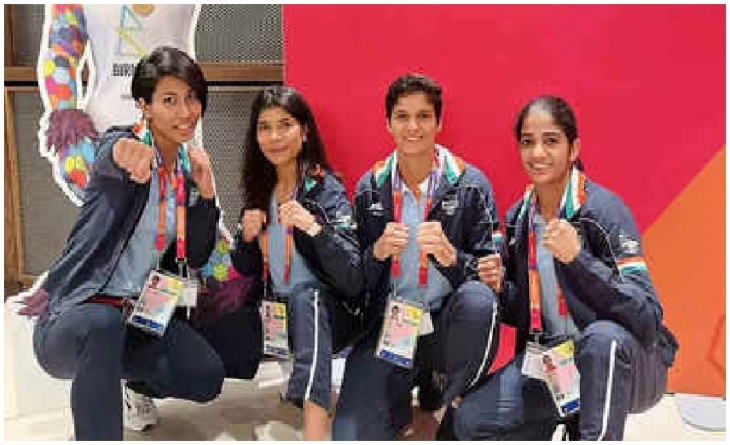 LONDON : Without Neeraj and shooters, onus to swell India’s medals tally is on boxing contingent, wrestlers, weightlifters and hockey teams

United Kingdom has cooled down from the mind-boggling 40 degrees a week ago with a consistent spell of rain getting the reading down to 20 degrees. It comes as good news for the international athletes vying for glory at the Birmingham Commonwealth Games, beginning on Thursday. The increase in thermal reading might have actually benefited the Indians: now it is seemingly back to square one. 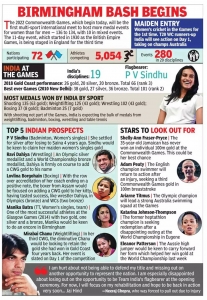 Not a big setback, however, when compared to javelin champion Neeraj Chopra’s unavailability due to injury or shooting not being in the CWG programme this time. They will affect India’s position in the overall standings. Neeraj was also slated to be the country’s flagbearer in the opening ceremony. Now double Olympic medalist PV Sindhu will do the honours.

In 2018, India had secured their second-best haul at the CWG with 26 gold, 20 silver and 20 bronze. They were third behind Australia and England in the standings. Canada finished fourth, while New Zealand and South Africa were fifth and sixth.

Out of India’s 66 medals, the shooters had bagged 16 with seven of them gold. Even in the 2014 Glasgow Games, the shooters won 17 medals out of a total of 64. India will miss this cushion in Birmingham. The tally that the country had touched in 2018 now looks distant.

Hence, a top-5 finish is what the 215-member Indian contingent should aim for, something the country has achieved since the 2002 Manchester Games. Even this is not a given for India with nations like New Zealand, South Africa and Wales rising up the ranks.
“Neeraj’s absence will make a huge impact on the athletics team. He brings positive energy to the team. Now that he isn’t there, our athletes shouldn’t get demoralised and should focus on the task at hand,” champion long jumper and World Championships bronze medalist Anju Bobby George reckons.

In athletics, discus thrower Seema Punia, javelin thrower Annu Rani, long jumper M Sreeshankar, triple jumper Eldhose Paul and 100m hurdler Jyothi Yarraji are among the names to watch out for. High jumper Tejaswin Shankar too could be in for a podium finish.

But the gold rush will come from the wrestlers. The wrestling federation chief is expecting all 12 wrestlers (6 men and 6 women) to bring home a medal and his belief isn’t misplaced. The world’s best don’t compete at the CWG and if the Indian grapplers are injury-free then each of them can win a medal. Twelve wrestlers (6 men, 6 women) participated in 2018 too and got India 12 medals (5 gold, 3 silver, 4 bronze). 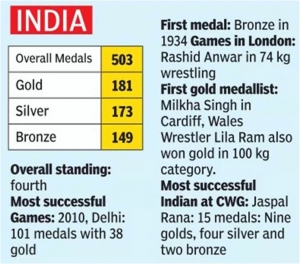 Among men, Amit Panghal and Shiva Thapa will have a lot to prove. Panghal will be eager to exorcise the ghosts of a disappointing Tokyo Games campaign. Mohammed Husamuddin and Ashish Kumar are the dark horses.

Indian hockey experienced its biggest high in years at the Tokyo Olympics. While the men’s team won a memorable bronze, the women’s team reached an Olympic semifinal for the first time. At Birmingham, medals are expected from both sides. In table tennis, India finished first in the medals’ tally in 2018 with eight medals from nine events. Half of India’s medals came from Manika Batra. It will be tough to match the feat, but a rich haul is still likely.