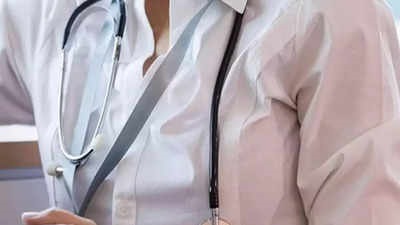 KYIV : Though Ukraine returnee third year MBBS student Rahul Sharma, 23, from Agra joined his classes of the new session at Dnipro State Medical University in the war-torn country on Thursday through virtual mode, doubts about becoming a medical practitioner were swirling in his mind.

The reason: He cannot go to university for on-campus classes due to the ongoing war between Russia and Ukraine and if it continues, the National Medical Council (NMC) will not recognise the degree taken without attending practical training.

“I come from a farmer family and my father had taken a loan of Rs 16 lakh to make me doctor. But now the future looks gloomy,” he said.

Like Rahul, the career of scores of Indian students pursuing MBBS III, IV and V in medical universities of Ukraine is in a limbo. The MBBS course in Ukraine is of six years in which first two years are dedicated to theory classes, while third, fourth and fifth years have both theory and practical. The sixth year is for an internship in a hospital.
After the war broke out in February, nearly 20,000 Indian students had to come back leaving the 2021-22 session midway. Classes resumed in online mode after two months to complete the session.

Now, the 2022-23 session has started. In between, students and their parents have staged several protests seeking intervention from the Indian government for relief. NMC had allowed sixth year students to complete internships in hospitals in the country. However, the issue of junior students is still unresolved.

These students say that their future and huge expenditure of their parents can be saved, if the NMC and government accommodates them in Indian medical colleges. They have also moved the Supreme Court in this regard.

Kannauj resident Mohammad Aquil Raza, who is MBBS III student at Vinnytsia National Medical University, said: “est Bengal government had promised to accommodate students in the state medical colleges. I hope it materialises and other states do the same.”

This author has not added a biography. Meanwhile Hariom has contributed 893 posts. Click here to view them.