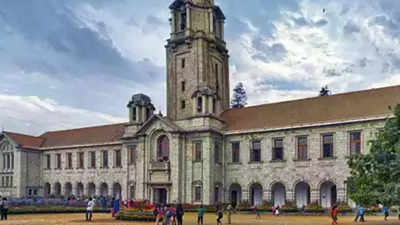 TORONTO: IISc-Bengaluru is now the ‘fastest-rising’ South Asian university, inching closer to the global Top 150, having gained 31 places to 155 in this year’s QS World University Rankings. It remains the world’s top research university, ahead of Harvard, Princeton University and MIT. IITs in Guwahati (37th) and Roorkee (47th) and new entrant University of Madras (48th) also made it to the elite list of global Top 50 research institutions.

With 12 of the 41 Indian universities improving their positions in the latest global rankings, IISc (155) has raced ahead of IIT-Bombay (172), which was last year’s India leader at 177.

India story is led by government-run institutions with the Institution of Eminence (IoE) tag as five of the top 10 in the India list. While IIT-Bombay has risen five places, IIT-Delhi (India’s third) has risen 11 places. Among the public IoEs, five attained a higher rank than in the previous edition, but Delhi University and University of Hyderabad fell behind.

The good news for India ends here as Indian universities stagnate in QS’s Academic Reputation (AR) metric, with 17 having experienced drops in AR rank. In the QS’s Employer Reputation metric, IIT-Bombay and IIT-Delhi are the only two national universities to feature among the world’s top 100, ranking 59th and 72nd respectively.

However, Nunzio Quacquarelli, founder of Quacquarelli Symonds (QS), in an exclusive interaction with TOI said that Indian institutions could make rapid progress if they focus on “international outreach with the higher education system globally”.

“The national education policy (NEP) 2020 calls for a more proactive internationalisation of education. But that is really only just beginning to be thought about. The international student ratio and international faculty ratios of Indian universities is amongst the lowest of any major OECD country. And then even employer reputation, although India has a very good employment outcome, employer relations are very domestic oriented.

They haven’t really developed the course or digital capability to appeal to international employers delivering the kind of international 21st century skills along dimensions. The drive for internationalisation is something that will change things quite quickly, but it hasn’t happened yet. Because India has such a strong foundation in research and talent, I think all of these things can be improved relatively quickly now that the government is providing the funding and the national education policy is giving the sort of drive to change,” Quacquarelli said.

With some top universities declining in the rankings, Quacquarelli added that barring the IITs, the government-run universities are traditionally domestic focused and “need to make a greater effort in outreach and building reputation. The NEP is calling for change in that and I believe from my conversations with the vice-chancellors, there is a real willingness to engage more internationally, going forward.”

This year’s QS World University Rankings is the largest ever, with 1,418 institutions across 100 locations, up from 1,300 last year. The results account for the distribution and performance of 16.4 million academic papers published between 2016 and 2020 and the 117.8 million citations received by those papers; they also account for the expert opinions of over 151,000 academic faculties and over 99,000 employers.

China (Mainland) now boasts two universities among the world’s top-15, thanks to Peking University (12th) and Tsinghua University (14th), achieving their highest rank since the inception of the table. On the other hand, the National University of Singapore is the top-performing Asian university, occupying the 11th position for the fifth consecutive year. At the same time, its compatriot, Nanyang Technological University (19th), dropped off the top-15 for the first time since 2015.