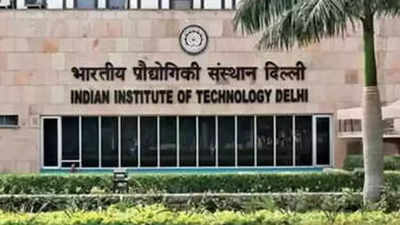 TORONTO: Kalash Gupta, a third-year computer science student at IIT Delhi got the coveted ‘World’s Best Coder’ title along with a prize money of $10,000 by emerging on the top of the list of over 1 lakh coders from 87 countries who participated in the tenth season of Code Vita, a global programming competition held annually by Tata Consultancy Services.

It is the world’s biggest coding competition according to the Guinness Book of World Records.

Twenty-one students from various Indian universities, including several IITs, featured in the “world’s top coders” list. Gupta, who had secured the 3rd rank nationwide in the Joint Entrance Exam (JEE) for admission to the IITs in 2018 and was the Delhi zone topper, said in a statement soon after the results were announced earlier this week, “When I started with the contest, I never thought I would even be in the top 3 but this is a very humbling experience. I’m very excited about the prize money.

Initially I was not confident as I took longer than I expected to solve the first problem. But as I progressed, solving some of the other problems, I gained more confidence over my final standing, and I was confident that I would be in the top 3. ”

Among the others in the top coders list was 20-year-old Dipanshu Pandey, a third-year student of computer science at Doon-based Graphic Era University, who clinched the 11th rank worldwide.
Based on their performances, Pandey and other students who were featured in the list of top coders have received interview calls from TCS. “I have given the interview and the result is awaited,” he said.

This was the 10th edition of the contest. Organisers said that majority of the participants were Indian, with the rest coming from Singapore, China, Switzerland, Czech Republic, Chile and Russia. K Ananth Krishnan, chief technology officer, TCS said, “We were thrilled to see how the four finalists solved all 10 problems, which has never happened before. ”