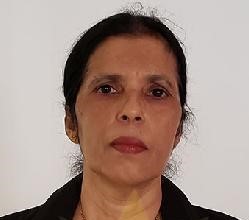 PARAMARIBO: Ambassador
Manorma Soeknandan has been formally nominated as candidate secretary general
of the Caricom. She is Deputy Secretary General of the Caribbean Organization.

This nomination was made against
the background of the importance Suriname attaches to the regional integration
process, which provides a good basis for realizing national and regional
development goals. Minister Albert Ramdin of Foreign Affairs, International
Business and International Cooperation, who sent the letter on behalf of the
government to the chairman of the Community Council of the Caricom, recalls
that Suriname also attaches enormous value to the participation of Surinamese
in regional and international organizations.

The Community Council, consisting
of foreign ministers, among others, will meet in mid-April 2021 to determine
the procedure for the selection of the eventual Secretary-General. After this,
an opinion will be issued to the Heads of State Conference of the Caribbean
Community, which will take the final decision, reports the Suriname
Communication Service. Belize has also nominated a candidate for the position
of Secretary General.