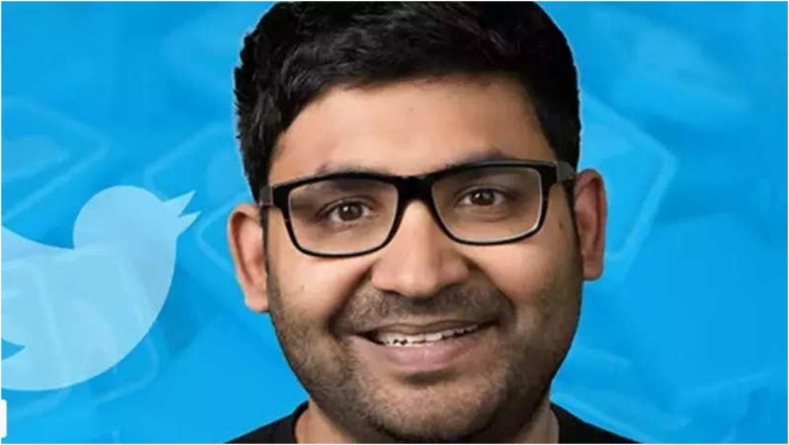 LONDON: Twitter co-founder Jack Dorsey has stepped down as the CEO of the company. The position has now been filled by Parag Agarwal who has been the CTO of the micro blogging platform since 2011. Parag joins the list of Indian origin tech executives that hold key positions at technology companies in the world. Here we look at these 16 tech executives of Indian origin who head some of the biggest technology giants.

LONDON: Parag Agrawal is the new chief executive office of Twitter. Before this, he held the position of chief technology officer of Twitter since 2011. Prior to this, he has worked with Microsoft, AT&T and Yahoo’s research teams. Agrawal is an engineering graduate from Indian Institute of Technology, Bombay.

India-born Sundar Pichai was named CEO of Google parent Alphabet Inc in 2019. Pichai became Google head in August 2014. In his 15 years-plus career with the company, he has led the company’s key businesses including Android, Chrome, Maps, and more. Pichai completed his BTech from IIT Kharagpur, MS from Stanford (MS) and MBA from Wharton.

Hyderabad-born Satya Nadella was named CEO of Microsoft in February 2014. He succeeded Steve Ballmer. Nadella studied engineering at Manipal Institute of Technology and did MS from the University of Wisconsin–Milwaukee, and MBA from the University of Chicago Booth School of Business. Nadella started his career with Microsoft in 1992 as a developer of Windows NT operating system.

Hyderabad-born Narayen joined Adobe in 1998 as the senior vice-president of worldwide product research and became the COO in 2005 and CEO in 2007. Before joining Adobe, Shantanu held roles at Apple and Silicon Graphics. He holds a Bachelor of Science from Osmania University, an MBA from the University of California, Berkeley, and an MS from Bowling Green State University.

An electrical engineer from IIT Kanpur, Arvind Krishna became CEO of IBM in April last year (2020). He has been with IBM for almost 30 years and has held several senior-level positions with the company. Krishna received his bachelor’s degree from the Indian Institute of Technology Kanpur and completed his PhD from the University of Illinois at Urbana-Champaign.

Nikesh Arora joined Palo Alto Networks as CEO in 2018. Prior to this he has held key positions as Google and SoftBank. Arora holds bachelor’s degree from the Institute of Technology at Banaras Hindu University, MBA from Northeastern University, and master’s of science from Boston College.

Anjali Sud is CEO of Vimeo, an open video platform. She has held the position since 2017. Before joining Vimeo, Sud has worked with Amazon and Time Warner. She holds an MBA from Harvard Business School.

Sanjay Mehrotra is CEO of semiconductor solutions company Micron Technology. He was earlier with Sandisk and has been a Board member of Western Digital. Mehrotra has held positions at Integrated Device Technology and Intel before co-founding SanDisk. He completed his bachelors and masters degrees from the University of California, Berkeley.

Revathi Advaithi is CEO of Flex Ltd, an American Singaporean-domiciled multinational electronics contract manufacturer. Advaithi was named CEO of Flex in 2019. She has previously served as the president and COO of Eaton’s electrical sector business. She did her bachelor’s degree at the Birla Institute of Technology and Science, Pilani, and MBA from the Thunderbird School of Global Management.

Jayshree Ullal became the president and CEO of Arista Networks in 2008. In 2014, she led Arista to an IPO on the New York Stock Exchange. Prior to Arista, Ullal has worked with Cisco and AMD. She studied BS in electrical engineering from San Francisco State University and completed her master’s in engineering management from Santa Clara University.

George Kurian became the CEO and president of storage and data management company NetApp in 2015. Before joining NetApp, Kurian has worked with Cisco Systems, Akamai Technologies and McKinsey & Company. Born in Kottayam district, Kerala, he studied engineering at IIT-Madras, but left six months later to join Princeton University. George completed his bachelor’s in electrical engineering from Princeton University and went on to receive his MBA from Stanford University.

Aneel Bhusri co-founded Workday in 2005 with Dave Duffield, the founder of PeopleSoft. Prior to the founding Workday, Bhusri has held positions at PeopleSoft. Aneel received his bachelor’s degree from Brown University and completed his MBA at Stanford University.

Samir Kapuria is president of NortonLifeLock. He joined Symantec in 2004 and was also head of the company’s Cyber Security Services business including its global security operations centers. Kapuria received his bachelor’s degree in finance from the University of Massachusetts.

Aman Bhutani joined GoDaddy as CEO in 2019. Before this, he held senior positions at Expedia, including chief technology officer and SVP of worldwide engineering. Bhutani did his bachelor’s degree from Delhi University and MBA from Lancaster University.

Anirudh Devgan became president of Cadence Design in 2018. He’s also worked with Magma Design Automation and IBM. Devgan received his bachelor degree from the Indian Institute of Technology, Delhi, and his master and PhD from Carnegie Mellon University.

Siva Sivaram is president of Western Digital. Prior to joining Western Digital, he has held senior positions at Intel, Matrix Semiconductors and Sandisk. He also founded and served as CEO of Twin Peaks Technologies from 2008 to 2012. Sivaram received his bachelor’s degree from the National Institute of Technology, Triuchi. He did his master’s and doctorate degrees from the Rensselaer Polytechnic Institute.