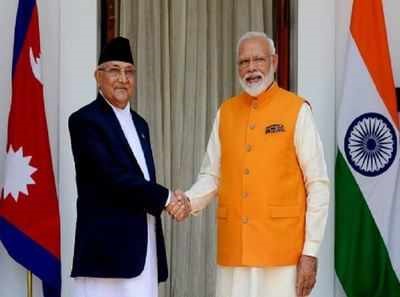 KATHMANDU:
The ministry of external affairs is working with Nepal’s foreign ministry to
schedule a visit by Nepal foreign minister Pradeep Gyawali later this month,
official sources confirmed on Monday.

While India was ambivalent initially about high-level contact with Kathmandu in
the middle of the political uncertainty in Nepal, the government seems to have
made up its mind on going ahead with the 6th foreign minister-level joint
commission meeting after the K P Oli government expressed willingness to carry
forward the fresh momentum in ties.

Reaching out last week, Nepal’s ambassador to India Nilambar Acharya had told TOI
that the upward trend in bilateral ties was going to continue and that
preparations were on even for a visit by Gyawali to India for the joint
commission meeting. Gyawali was quoted as saying in Kathmandu a few days later
that he was going to visit India in January.

During his visit to Nepal in November, foreign secretary Harsh Shringla had
conveyed an invite from foreign minister S Jaishankar to Gyawali for the visit.
The joint commission meeting is meant to review progress in bilateral ties with
focus on economic partnership, trade and transit connectivity, power and water
resources.

Nepal was plunged into a political crisis last month though as Oli dissolved
the House of Representatives claiming that the rival faction led by PK Dahal
Prachanda in the ruling NCP had made it impossible for his government to work
properly. Reports from Kathmandu said on Monday that Dahal was visiting Mumbai
for the treatment of his wife in a private hospital.

The fact that the Oli government had worked hard in the past few months to
improve ties with India, after the strife over the Kalapani issue, hasn’t been
lost on the government even as it, unlike Nepal’s northern neighbour, continues
to insist that the fresh political turmoil is an “internal affair” of Nepal.

As Acharya had said, ties had vastly improved with the visit in November by
Indian army chief Gen MM Naravane and later Shringla. This was followed by
virtual meetings between the commerce and energy ministries. India is currently
looking to finalise key projects with Nepal like Pancheshwar Multipurpose
Project, apart from also planning new economic initiatives.