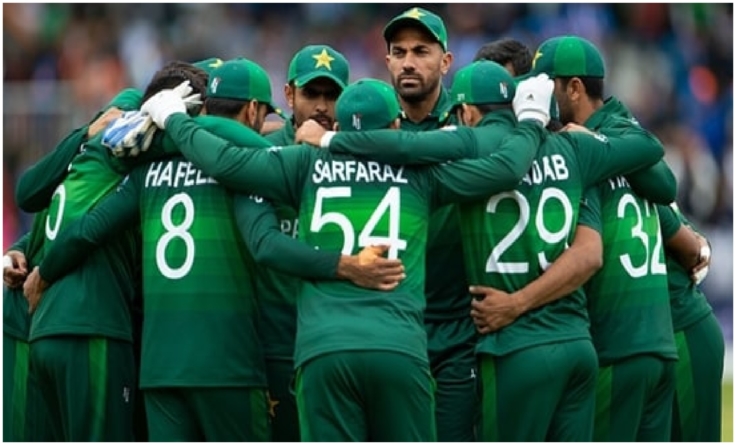 ISLAMABAD : Social media is full of claims that there is dearth of quality fast bowlers in world cricket. But an actual cursory glance would suggest something else. Teams such as India, Australia, South Africa, Pakistan and England are brimming with some of the best pacers in the world, who have helped change the belief that the game is heavily tilted in favour of batters.

Currently playing the Lanka Premier League, veteran Pakistan left-arm pacer Wahab Riaz, who is representing the Jaffna Kings, and has picked up five wickets from three games for the franchise, was asked to name his favourite bowlers from the current crop of cricketers, and the pacers’ answer did not come as much of a surprise. Praising four top fast bowlers going around in international cricket, Wahab feels they are the perfect embodiment of a modern-day pacer.

“Shaheen Afridi, Hasan Ali, Jasprit Bumrah, and Mitchell Starc,” Wahab said as per a release. “They have a lot of capability. They read the game and execute their plans really well. If they require yorkers, or if they require slow ones, they would read the wicket and bowl accordingly.”

Wahab called Sri Lanka’s Wanindu Hasaranga, his Jaffna Kings teammate, one of the best leg-spinner in the world, giving him preference ahead of Australia’s Adam Zampa, Yuzvendra Chahal, Rashid Khan and Ish Sodhi, some of the best in the business going on at the moment, and here is why.

“If I am honest, Wanindu Hasaranga is one of the best leg-spinners right now in the world. Hasaranga and Maheesh Theekshana have been really good this season for our team. They really set the tones in the powerplay overs by taking wickets and restricting the opposition,” he said.

Wahab may be on the last leg of his career, but the 36-year-old quick has bowled to some of the modern-day great batters around the world. From his memorable spell to Shane Watson at the 2015 World Cup, to bowling to the likes of Virat Kohli, Rohit Sharma, David Warner Kane Williamson and others, Wahab named a former South Africa superstar as the toughest he has ever bowled to.

“There are a lot of such players like Rohit Sharma and Babar Azam who are hard to bowl to. But one player I have always been afraid to bowl to is AB de Villiers. He always knows what is coming next from me. He reads the game well, and always plays well against me,” added Wahab.