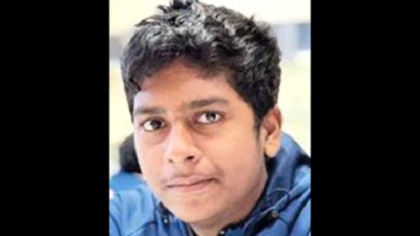 CHENNAI : As Chennai players D Gukesh and R Praggnanandhaa carry on with their heroics for India 2 in the 44th Chess Olympiad in Mamallapuram, a schoolmate of theirs – Pranav Venkatesh – quietly made his way into the elite club of grandmasters (GM). The 15-year-old from Velammal School became India’s 75th GM after winning the Limpedia Open in Romania on Sunday.

Pranav, who is the 27th GM from Tamil Nadu, got his maiden GM norm at the Serbia Open in 2021 and bagged his second at the Vezerkepzo GM round-robin tournament in Budapest in June this year.

The 15-year-old clinched his third and final norm on Sunday by scoring seven points from rounds. “While I am happy to have won the tournament and become a grandmaster, this is only the beginning of my journey,” Pranav told TOI.

Having taken up the sport in 2013-14, Pranav worked his way up with his consistent performances. In 2019, Pranav had won the state championships and repeated the feat last year as well. “With tournaments far and few in between during the pandemic, it was important for me to make the most of every opportunity,” said Pranav, a three-time state champion.

In 2021, Pranav was part of the Velammal Nexus team that bagged the World School team chess championship in Dubai. Pranav feels playing events alongside the likes of Gukesh, R Praggu among others has made him stronger. “Their level of play is top-notch and to team up with them for our school matches has been great,” Pranav said.