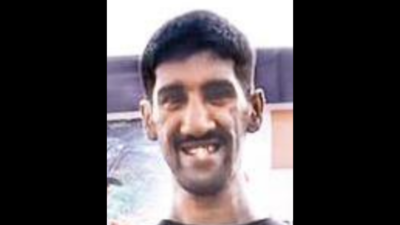 KALYAN: A 29-year-old man from Dombivli just qualified to enter into the Guinness Book of World Records on Monday after running a full marathon – 42.195 km – a day for 61 days at a stretch.
Vishak Krishnaswamy, a long-distance running enthusiast, had already applied to get a mention in the world records book. He said he had got a confirmation that the current record is of 60 days – held by Pune resident Ashish Kasodekar.

The 29-year-old, who works for an insurance company, was felicitated by KDMC commissioner Dr Bhausaheb Dangade soon after he achieved the world record. A fire brigade team gave him a salute by sounding the siren for two minutes. He said that he plans to run an extra full marathon on Tuesday to have a 62-day feather in his cap.

Krishnaswamy’s endeavour started on September 1 this year. He did the full marathon all through the past two months at the Kalyan-Dombivli Municipal Corporation’s ground, starting at 4am.

As evidence of his athletic activity, and as mandated by the record books authority, he said he kept track of his GPS data locations, the date and time of the attempts and distance by using various electronic devices. This, he said, was in keeping with the terms and conditions laid down by the teams of the Guinness Book of World Records.

Krishnaswamy claimed that during the 61 days of running, until Monday, he faced various weather conditions and he ran despite the heavy downpour on certain days to complete his daily run.

Rajesh Kadam, a local leader from the Eknath Shinde faction of Shiv Sena, said, “During my morning walks, I had seen how dedicatedly he used to run on the ground… I appreciate Krishnaswamy’s effort to break the world record.”