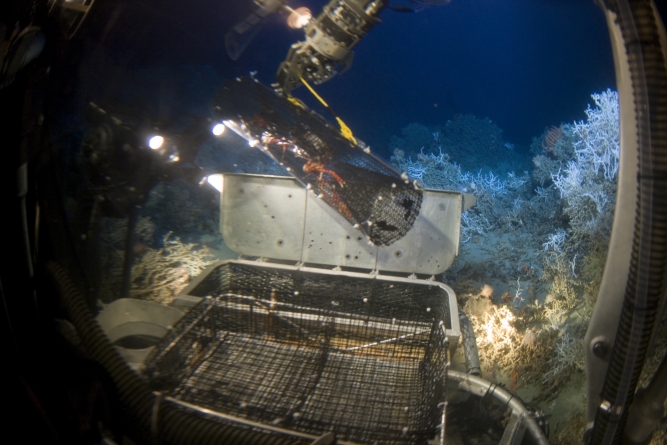 BERLIN : For centuries, humans have explored the Earth’s mountains, jungles and deserts. But despite covering more than 70% of the Earth’s surface, the ocean is still a relative mystery. In fact, we know more about the surface of Mars than we do about the sea floor; just over 20% of the ocean bed has been mapped.
Getting a fuller picture would enable us to navigate ships more safely, create more accurate climate models, lay down telecommunication cables, build offshore windfarms and protect marine species — all part of what’s known as the “blue economy,” projected to be worth $3 trillion by 2030.
Underwater robotic vehicles equipped with sensors are helping gather that data quicker and more cheaply than ever before. But many of these vehicles rely on batteries with a limited lifespan, and need to return to a boat or the shore to recharge, making it difficult for them to map more remote parts of the sea.
A five-year-old startup called Seatrec is rising to the challenge, founded by oceanographer Yi Chao. While working at NASA, he developed technology to power ocean robots by harnessing “the naturally occurring temperature difference” of the sea, Chao told CNN Business.

Greener and cheaper
The power module can be installed on existing data-gathering robots or Seatrec’s own floating device. This dives a kilometer down to examine the chemistry and shape of the seabed, using sonar to create a map of the surrounding area. The robot returns to the surface to send back its findings via satellite. 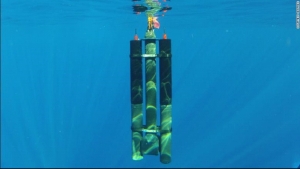 Seatrec’s float uses differences in ocean temperature to power itself.
As the float moves between colder and warmer parts of the ocean, material inside the module either melts or solidifies, causing pressure that in turn creates thermal energy and powers the robot’s generator.
“They get charged by the sea, so they can extend their lifetime almost indefinitely,” Chao said. 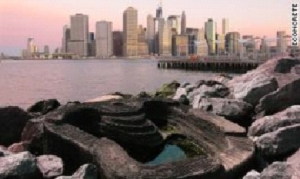 This underwater concrete attracts marine life and gets stronger at the same time
A basic float model typically costs around $20,000. Attaching Seatrec’s energy system adds another $25,000, Chao said.
But the access to free, renewable energy and the ability to stay in the water longer makes data gathering up to five times cheaper in the long run, according to Chao. He said the startup is making fewer than 100 devices per year, primarily for marine researchers, but the technology is easily scalable — Seatrec’s energy module can also be can be retrofitted onto existing mapping devices to extend their range.
Picking up the pace
New technologies that can extend the reach of data-gathering devices are crucial for mapping more remote parts of the deep sea, according Jamie McMichael-Phillips, director of the Nippon Foundation-GEBCO Seabed 2030 Project.
“One of the huge challenges we have is quite simply physics,” said McMichael-Phillips. “Unlike mapping the Earth’s surface where we can use a camera [or] satellites, at sea, light does not penetrate through the water column. So we’re pretty much limited to using sonar systems.” 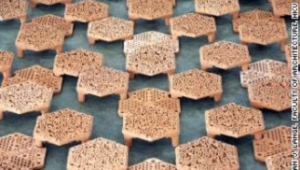 How 3D printing could help save Hong Kong’s coral
Launched in 2017, the Seabed 2030 Project has increased awareness about the importance of the ocean floor, and given researchers and companies a clear goal to work towards: map the entire seafloor by the end of this decade.
Some companies, such as XOCEAN, are surveying the ocean from the surface. Another startup, Bedrock Ocean Exploration, says it can provide surveys of seabed areas up to 10 times faster than traditional methods by using an autonomous electric submarine fitted with sonars, cameras and lasers; the data is then analyzed on Bedrock’s own cloud platform. 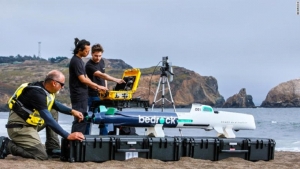 The challenge ahead
Even with the growing number of technologies accelerating seabed exploration, completing the map is still a logistical and financial challenge.

This vegan ‘tech-style’ startup wants to make clothes using algae
Chao estimates that it would take 3,000 of Seatrec’s floats operating over the next 10 years to fully survey the ocean. The company has raised $2 million in seed funding to scale up production of its energy harvesting system.
But this is a drop in the ocean of the capital needed to fully survey the ocean, which is estimated to be “somewhere between $3 to $5 billion,” according to McMichael-Phillips — “pretty much the same order of magnitude as the cost of sending a mission to Mars.”
Bedrock’s DiMare believes it’s time we start investing in our own planet.
“If we want to keep Earth as a place that humans can live,” he said, “we have got to get a lot smarter about what’s going on in the ocean.”