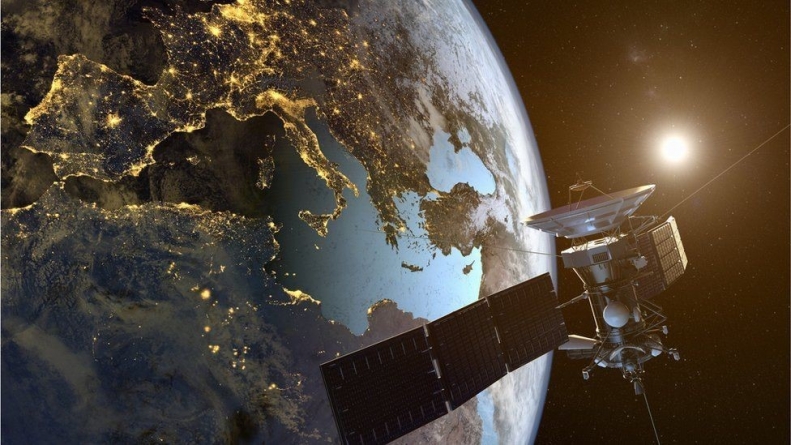 WASHINGTON: The United States has become the first country to announce a ban on missile tests against space satellites.

US Vice-President Kamala Harris, who chairs the National Space Council, said such tests were reckless.

The US, China, India and Russia have all carried them out and have generated space debris in doing so.

“Simply put, these tests are dangerous, and we will not conduct them,” she said.

Speaking at the Vandenberg Space Force Base in California, Ms Harris said it was part of the Biden administration’s strategy to promote responsible use of space.

She said stopping the direct ascent anti-satellite (ASAT) missile testing will safeguard satellites in low-Earth orbit – and she urged other nations to follow suit.

“This debris presents a risk to the safety of our astronauts, our satellites and our growing commercial presence,” she said.

“A piece of space debris the size of a basketball, which travels at thousands of miles per hour, would destroy a satellite. Even a piece of debris as small as a grain of sand could cause serious damage.”

In November last year, Russia test-launched an anti-satellite missile that struck a defunct Soviet-era spy satellite in low-Earth orbit, creating at least 1,632 pieces of space debris, according to a US Space Force database of orbital objects.

The debris posed risks to active satellites in orbit. US astronauts aboard the International Space Station were forced to seek shelter in their docked capsule, which disrupted their work.

If the debris collides with functioning satellites, vital services like GPS and weather warnings could be in jeopardy.

China conducted a similar test in 2007.

Vice-President Harris said: “Today, we are taking a major step forward in this effort, a step that specifically addresses the problem of destructive missile tests in space, like the one Russia took in November.

“That, of course, is when Russia launched a missile to destroy a satellite in space.

“These tests are part of their efforts to develop anti-satellite weapons systems. These weapons are intended to deny the United States our ability to use our space capabilities by disrupting, destroying our satellites – satellites which are critical to our national security.”

Overall, these tests jeopardise the long-term sustainability of outer space and imperil the exploration and use of space by all nations, she added.

The announcement comes amid increased US intelligence co-operation with Ukraine, as Russia’s invasion drags on.