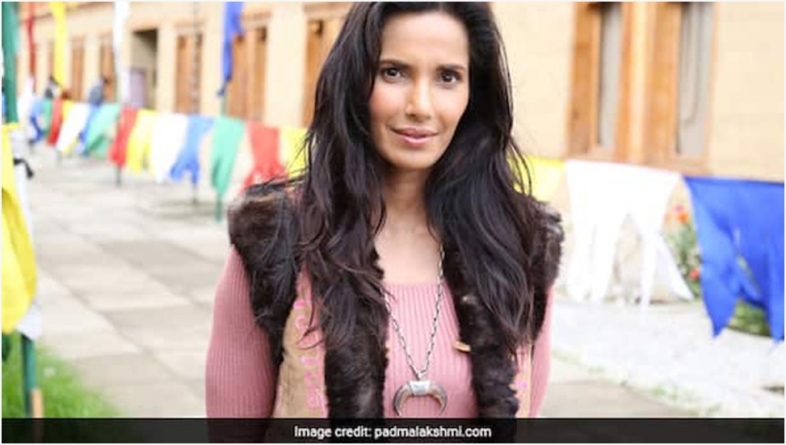 TORONTO: There can’t be two ways about Indian food. The variety of flavours and styles of cuisines can leave anyone breathless. From spicy curries that can tickle your tastebuds to the sweetest desserts to win a heart, Indian delicacies undeniably possess magic.

Indian dishes have a huge fan base, in the country and abroad. But some people are still sceptical about Indian food. And author and TV host Padma Lakshmi is not at all happy about it. The Top Chef host gives her best to bring Indian cuisine to the entire world through her own culinary endeavours.

So, what does she do when she meets a person who doesn’t like Indian food? One of her recent social media posts reveals her reaction.

Below this line, we see a photo of Padma Lakshmi where she is looking away from the lens and giving a quizzical and sceptical look. Well, we get what she means. Here’s her tweet:

This isn’t the first time that Padma Lakshmi defended Indian food on her social media pages. Once, a Twitter user wrote, “There are only two groups: people who love Indian food and those who have not realised they love Indian food.” When Padma Lakshmi’s eyes fell on it, she quote tweeted the post and wrote, “No lies here.”

Padma Lakshmi often brings to us delectable dishes originating in India. She gave us a very inviting recipe of cranberry chutney for this year’s Thanksgiving. Sharing the recipe on her Instagram timeline, she wrote, “This is a tangy, spicy, Indian-inspired chutney that my sweet great aunt Bala, used to make every year around.” For the recipe, she used cranberries, grapeseed oil, cayenne or chilli powder, fenugreek seeds, turmeric and asafoetida. Here is her recipe video:

Experiments with Indian food are another forte of Padma Lakshmi. She made a unique berry pie using lassi. Usually, pies are made with eggs, milk, butter, and sugar. But Padma Lakshmi used dahi lassi and berries for the pie filling. The recipe is easy and quick to make. The recipe caption read, “When it’s so hot I can’t even bake, I make this healthy sweet treat. Some put things like condensed milk but honestly this quick version works brilliantly and makes a great breakfast too.”

Padma Lakshmi’s social media pages are often filled with food posts and we love it when they feature Indian cuisine.