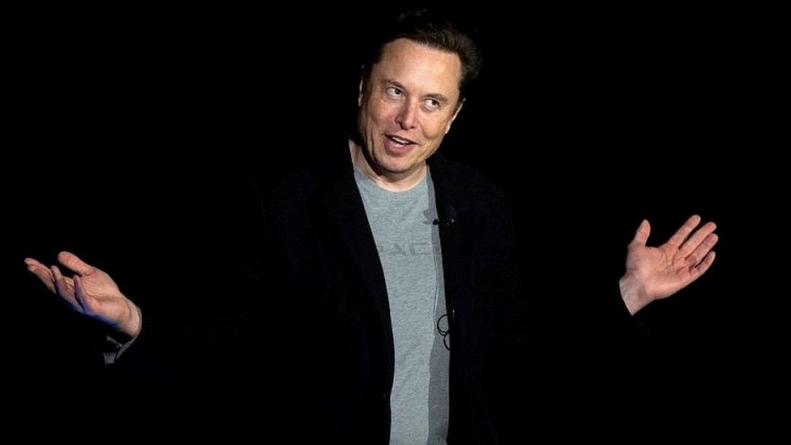 In a surprise announcement, Mr Musk said he would pay $54.20 a share for Twitter, valuing it at about $40bn.

It recently emerged that Mr Musk was Twitter’s biggest shareholder after he built up a large stake in the firm.

He said that if his offer was not accepted: “I would need to reconsider my position as a shareholder”.

Mr Musk also said that if the board of directors at Twitter chose to reject the offer, it would be “utterly indefensible not to put this offer to a shareholder vote”.

“They own the company, not the board of directors,” he wrote.

A filing with the US financial regulator appeared to show text and/or voice messages from Mr Musk to Twitter’s board, showing that he had raised the idea at the weekend that the business should go private.

Mr Musk had been invited to join the board, but Twitter announced on Sunday he had decided against it.

In the messages published in the filing, Mr Musk said he was not “playing the back-and-forth game” and said of his offer: “It’s a high price and your shareholders will love it.”

He said he would have to sell his shares if the deal did not go through.

“This is not a threat, it’s simply not a good investment without the changes that need to be made,” he added.

Victoria Scholar, head of investment at Interactive Investor, said: “This is a deeply hostile move from Elon Musk who has threatened to ‘reconsider’ his 9.2% stake in the company if his 100% acquisition offer is rejected.”

In his filing with the US Securities and Exchange Commission, Mr Musk said he had invested in Twitter because “I believe in its potential to be the platform for free speech around the globe, and I believe free speech is a societal imperative for a functioning democracy.

“However, since making my investment I now realize the company will neither thrive nor serve this societal imperative in its current form. Twitter needs to be transformed as a private company.”

He added: “Twitter has extraordinary potential. I will unlock it.”

Twitter said its board “will carefully review the proposal to determine the course of action that it believes is in the best interest of the company and all Twitter stockholders”.

Mr Musk is the world’s richest man, according to Forbes magazine, with an estimated net worth of $273.6bn mostly due to his shareholding in electric vehicle maker Tesla. He also leads the aerospace firm SpaceX.

Twitter had offered Mr Musk a seat on its board after it emerged that he held a 9.2% stake in the company.

The role was set to become effective last weekend but then Mr Musk decided against taking it.

On Monday, Twitter’s chief executive Parag Agrawal had tweeted that he thought the decision by Mr Musk not take a seat on the board was “for the best”.

He added: “We have and will always value input from our shareholders whether they are on our board or not. Elon is our biggest shareholder and we will remain open to his input.”

Though he also warned staff: “There will be distractions ahead.”

After that announcement, Mr Musk posted a cryptic tweet of smiling emoji with its hand over its mouth.

Mr Musk has already given a hint of the things he would like to change at Twitter.

He has suggested changes to the Twitter Blue premium subscription service, which was launched last year in Canada and Australia, including slashing the price, banning advertising and giving users the option of paying the monthly fee with the cryptocurrency, dogecoin.

Mr Musk also asked his 81 million followers on Twitter whether the company is “dying” and if its headquarters should be turned into a homeless shelter.