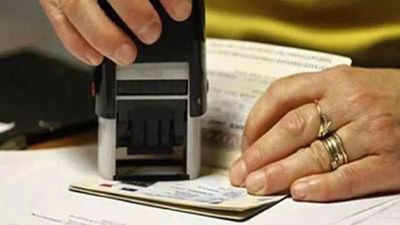 TORONTO: To tackle the problem of labour market shortages, Canada will widen its doors to immigrants. Over a three-year period starting 2023, the country aims to usher in 14.50 lakh permanent residents. 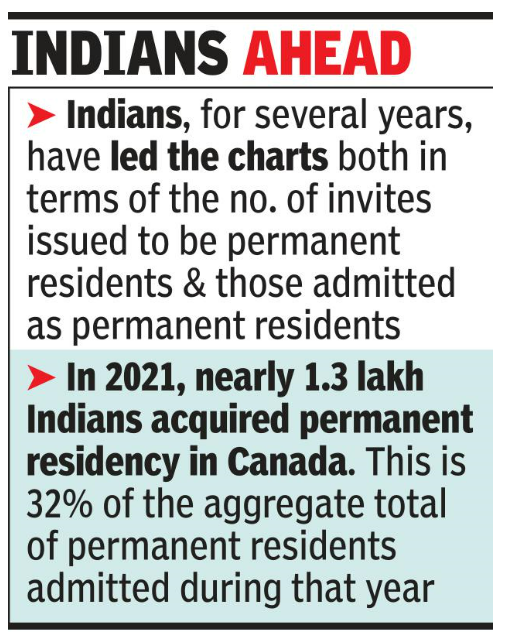 Higher targets will help those already in Canada, hoping to transit to permanent residency (from say temporary worker or student status) or those aspiring to migrate to Canada as permanent residents.

The plan embraces immigration as a strategy to help businesses find workers and to attract the skills required in key sectors—including health care, skilled trades, manufacturing and technology—to manage the social and economic challenges Canada will face in the decades ahead, states Immigration Refugees and Citizenship Canada (IRCC) the immigration agency of the Canadian government. It adds, “The plan also brings an increased focus on attracting newcomers to different regions of the country, including small towns and rural communities.”

Talking to The Times of India, Alberta based, Ken Nickel-Lane, founder of an immigration services firm said, “Targeted selections will also be something we see in 2023, and we expect to see this primarily keying into healthcare, manufacturing, building trades, and the STEM (science, technology, engineering, mathematics) field. The emphasis, I would suspect, will be in the first three.”

The immigration levels plan is a projection of how many permanent residents will be admitted to Canada in a given year and sets targets for overall admissions per immigration category. Laws require that the plan be tabled in the Parliament each year. However, under the Canada-Quebec Accord, Quebec establishes its own immigration levels. 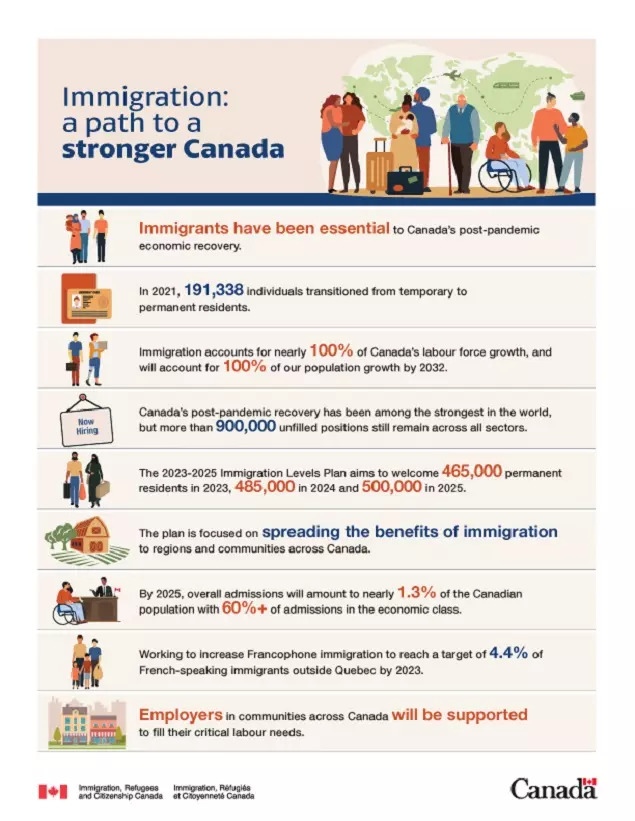 Ontario-based Talha Mohani, immigration law expert and MD at Migration Bureau Corp dissects the numbers for 2023. “ Overall the economic category is well allocated, as 57% of the target for 2023 is distributed in the economic categories with the majority of the chunks focused on the federal skilled worker program (82,880)as well as the provincial nominee programs (1,05,000).”

According to Mohani, Canada has the potential to be an international business hub, but it does not focus enough on developing business immigration programs. For instance, the federal business category has a target of just 3,500 for 2023 as compared to 1,000 in 2022.

Canada has a processing backlog of nearly 15 lakh cutting across all categories including permanent residence. By adopting various measures, including leveraging on technology and hiring of 1,250 new employees IRCC aims to tackle this backlog.

If these measures are successful, Nickel-Lane is optimistic that the new level targets can be met. According to him, the expectation is that the permanent residence related processing time will be back to pre-covid levels by the end of 2022. However, work permits, study permits and temporary residence visa applications will not be back to these standards until sometime in 2023.