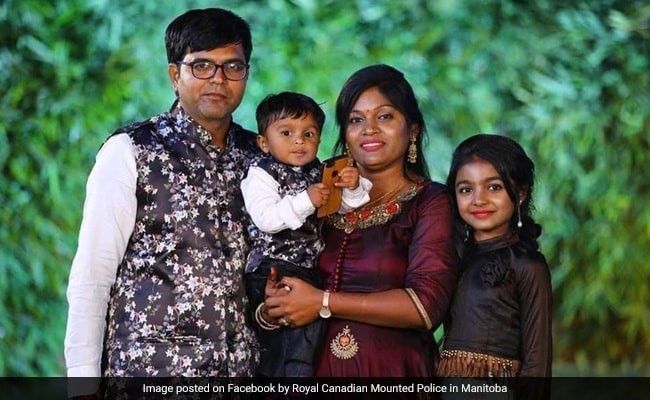 TORONTO: The bodies of four members of a family from Gujarat’s Gandhinagar district who died of the extreme cold near the Canada-US border would not be brought back to India, their relatives said on Friday.

The Canadian authorities, who suspected it to be a case of “human smuggling”, identified the dead persons as Jagdish Patel (39), his wife Vaishaliben (37), daughter Vihangi (11) and son Dharmik (3).

“It is now confirmed that the family belonged to Dingucha village in Kalol taluka of Gandhinagar. The Indian embassy in Canada is in touch with their family members here for the next course of action,” said Additional Director General of Police (CID-Crime) Anil Pratham.

Following the confirmation of identity, relatives and some local women gathered at the Patel family’s ancestral house at Dingucha to mourn the deaths on Friday.

Villagers told reporters that other members of the family had shifted to Kalol town some time back.

Jaswant Patel, a cousin of Jagdish Patel, said they had decided not to bring the bodies back to India.

“The entire family is in deep shock…As of now, we all have decided not to bring the bodies here for cremation. Last rites will be conducted in Canada itself,” he said.

Last week, Gujarat Director General of Police Ashish Bhatia had directed the anti-human trafficking unit of the Crime Investigation Department (CID) to probe the role of local agents in sending the family to Canada.

Additional DGP Pratham said he was waiting for information from the Indian embassy in Canada to move ahead with the investigation.

“We can start our investigation only after knowing how many people were actually sent illegally and who helped them,” DGP Pratham told reporters.

“If people have traveled there, the embassy will have their names and addresses. We can visit their villages and verify if people actually traveled to Canada, for what reason, and how much they paid the agents,” he added.

As per the Canadian authorities, the Patel family arrived in Toronto on January 12, 2022. From there they made their way to Manitoba and eventually to Emerson around January 18, a day before they tragically died near the border due to exposure to extreme weather conditions.