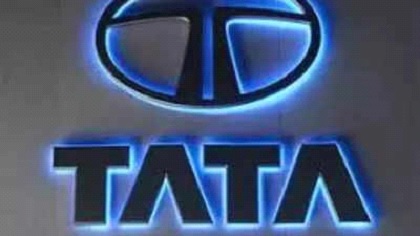 SINGAPORE CITY : Air India will soon join the league of global airlines like Lufthansa and Air France-KLM combine that have both full service and budget products within the same entity, with the no frill model being mostly for shorter routes. Singapore Airlines (SIA) on Thursday for the first time confirmed it is in talks with Tata Group for a “potential integration” of Vistara with Air India.

“We will have both— full services and low cost services—but we want to make it a world leading airline of scale, where Indians are able to fly everywhere. That’s the goal, it’s a long journey,” Chandrasekaran had said on Tuesday (October 11) promising a wide global network to Indian globetrotters.

Tatas are soon going to buy out AirAsia Berhad’s remaining 16.3% stake in AAIPL and merge it into AI Express. The CCI has obtained. And now SIA, 49% owner of Vistara, has confirmed being in talks with the salt-to-satellite conglomerate for merging it with AI.

SIA informed the Singapore Stock Exchange on Thursday: “In line with its multi-hub strategy, SIA is currently in confidential discussions with Tata to explore a potential transaction in relation to the securities of Vistara and AI.… The discussions seek to deepen the existing partnership between SIA and Tata, and may include a potential integration of Vistara and Air India.”

AI CEO & MD Campbell Wilson, a SIA veteran, has set up a panel under AI’s chief of operations, Captain R S Sandhu, to submit a roadmap for this proposed consolidation within a year. While Tata Sons will retain a majority stake in the combined airline entity, SIA’s ownership in the same will fall below 49%, unless it escalates its investment as reported by TOI on October 11.

A five-year turnaround plan finalised for AI last month had said the airline “will strive to increase its market share to at least 30% in the domestic market while significantly growing the international routes from the present market share.” Reaching the targeted 30% domestic market share means merging all the four Tata airlines into a mega airline.

Consider this: DGCA data for August 2022 shows market leader IndiGo’s domestic sky share at almost 58%. And the combined market share of Vistara (9.7%), AI (8.5%) and AAIPL (5.8%) — AI Express operates primarily international routes — was 24% the same month. IndiGo still has hundreds of single aisles planes that are yet to be delivered and is now going to operate wide bodies too.

Without integrating all its airlines for scale, it would have been an uphill task for the Maharaja to reach its target of 30% domestic market share. Once Tatas manage to do that — adequate domestic feed for filling wide bodies to rest of the world — they could have a winner on their hands.

Clearly, SIA does not want to miss on this growth path. The information given to the Singapore Stock Exchange Thursday said: “The establishment of Vistara in 2013 gave the SIA Group a stake in India’s fast-growing aviation sector. India has strong domestic and international traffic flows, which is expected to more than double over the next 10 years. This is an integral part of the SIA Group’s multi-hub strategy, allowing it to get access to important sources that complement its strong Singapore hub.”

“The discussions are on-going and no definitive terms have been agreed upon between the parties. There is no certainty or assurance whatsoever that (a) any definitive agreement will be entered into or (b) the potential transaction will materialise or proceed to completion arising from these discussions.…The company will make necessary announcements as appropriate or when there are any material developments regarding the potential transaction,” it adds.