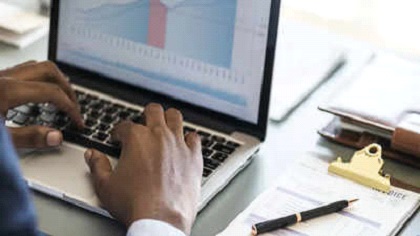 SINGAPORE CITY : Last week Forbes Asia published its 2022 edition of the best 200 mid-sized companies in the Asia-Pacific region. These are publicly listed companies with annual revenue of below one billion dollars. This year, 24 Indian firms made the list titled “Best Under A Billion”, down from 26 in 2021.

This placed India in the fourth position among Asian countries, one position ahead of China which has 22 companies on the list. Taiwan has the greatest number of companies listed at 30, followed by Japan with 29 and South Korea has 27.

The list which is unranked was compiled from a long list of over 20,000 publicly traded companies in the Asia-Pacific region with annual sales of above USD10 million but less than USD1 billion.

Forbes Asia says that the list is meant to identify companies with long-term sustainable performance across a variety of metrics. A composite score was created using data collected in such areas as debt, sales, and earnings-per-share growth over both the most recent fiscal one- and three-year periods, and the strongest one and five-year average return on equity. Forbes used full-year annual results, based on the latest publicly available figures as of July 11, 2022.
Besides these quantitative criteria, qualitative screens were used to exclude certain companies that were deemed not to fit the profile Forbes Asia was looking for and to maintain fairness. Companies with serious governance issues, questionable accounting, environmental concerns, management issues, or legal troubles were excluded, and so were state-controlled firms and subsidiaries of larger companies. Forbes Asia said that their criteria “ensured a geographical diversity of companies across the region.”

This year, the Best Under A Billion list highlights the shift to discretionary spending after healthcare and pharmaceutical-related companies came up on top in the previous year’s list which was compiled while the region was still mostly under the cloud of the Covid-19 pandemic. The post-pandemic return to daily life has benefitted apparel makers, mall operators, restaurants, consumer electronics, entertainment companies, and luxury brand retailers.

This year’s list saw the return of 75 companies from last year’s list reflecting their resiliency in a fast-changing environment. Taiwan’s Aspeed is the standout in this respect having been present on the list for nine consecutive years.

Among the companies highlighted in the report by Forbes Asia is Indian apparel manufacturer Dollar Industries. Following recovery from Covid-19-induced trade and supply chain disruptions, Dollar Industries booked 30 per cent sales growth for the fiscal year ended in March, with net profit soaring 72 per cent. Besides expanding its clothing range for women, the company recently added a spinning mill and a warehouse.

Founded in 1972, Dollar Industries is based in Kolkata and makes hosiery and garments under many brand names. It has a revenue of $181 million, net income of $20 million and a market capitalization of $389 million.

Another Indian company that made the list is Aarti Industries Limited (AIL). AIL makes chemical products used in the downstream manufacture of pharmaceuticals, agrochemicals, polymers, additives, surfactants, pigments, and dyes. Over the last decade, AIL has transformed from an Indian company servicing global markets to a global entity with state-of-the-art manufacturing facilities in India.

Based in Mumbai, it was founded in 1984. It has a revenue of $939 million, net profit of $175 million, and a market value of $3.28 billion.
AIL says on their corporate website that they are a leading Indian manufacturer of speciality chemicals and pharmaceuticals with a global footprint and that they combine process chemistry competence (recipe focus) with a scale-up engineering competence (asset utilization) to create a sustainable future. Singapore had seven companies on the list.

Among them is the luxury watch retailer The Hour Glass. During the last financial year, sales at The Hour Glass increased nearly 40 per cent to $766 million, and net profit rose 86 per cent to $115 million as the pandemic’s homebound shoppers looked for ways to spend their cash. The Hour Glass sells brands such as Rolex, Patek Philippe, and Audemars Piguet and has 50 boutiques across the Asia-Pacific. It has a market value of $1.12 billion as of the stock market close last week.

Another Singapore company that made the list is UMS Holdings which provides precision engineering and manufacturing solutions that support the semiconductor industry.

Mainly driven by the sustained increase in semiconductor demand, UMS’ net profit attributed to shareholders for the year ended December 31, 2021, surged 46 per cent to an all-time high of $38.7 million on a record revenue of $198 million which was 65 per cent higher than what it managed in the prior fiscal year. As of the end of last week, it has a market capitalization of $592 million.

The company specialises in manufacturing front-end high-precision semiconductor components and performs assembly and final testing services. Its key client is Applied Materials, which is among the biggest makers of machinery used to manufacture semiconductors and supports the likes of chipmakers Taiwan Semiconductor Manufacturing Company and Samsung.

UMS Holdings also works with businesses in other industries such as aerospace and oil and gas.

“This is a significant achievement as it affirms that our business model is dynamic and strong, that our vision of constantly doing better and delivering on our commitments to customers and stakeholders has been well recognized,” said Andy Luong, chairman, and chief executive of UMS Holdings, to The Straits Times (Singapore).

“We will continue to look forward – to expand and build on our success in the years ahead.”