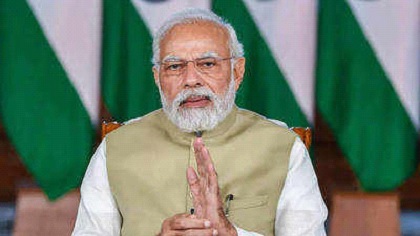 MEXICO CITY : Mexican President Andres Manuel Lopez Obrador has said he will propose before the UN setting up of a commission, which will include as members PM Narendra Modi, Pope Francis and UN Secretary General Antonio Guterres, for ensuring a five-year global truce. According to the local media, Obrador made the remark last week during a press conference.
Official sources said no formal communication had yet been received from anyone about the proposal.

According to media reports in Mexico, Obrador said the three men will work to stop wars around the world and that Russia, China and the US must accept their mediation.

“It is necessary that the three governments of the three great powers — Russia, China and the United States — hopefully listen to it, accept an intermediation, like the one we are proposing, that the Prime Minister of India, Narendra Modi, the UN Secretary General, Antonio Guterres, and Pope Francis, the three of them get together and present a proposal soon to stop the war everywhere,” he said.

“We must stop the military confrontation, we must opt for dialogue, not the use of force. Confrontation must be avoided and it is evident that, yes, innocent lives are being lost, because bombing is being carried out and there are deaths, the same as in Ukraine, so we all have to make an effort to achieve peace,” he added.

According to Obrador, the proposed truce would facilitate “reaching agreements in the case of Taiwan, Israel and Palestine, and not be promoting, provoking more confrontation”. Furthermore, he urged that all the governments around the world should join in support of the UN and not the bureaucratic mechanism in which proposals and initiatives are presented.