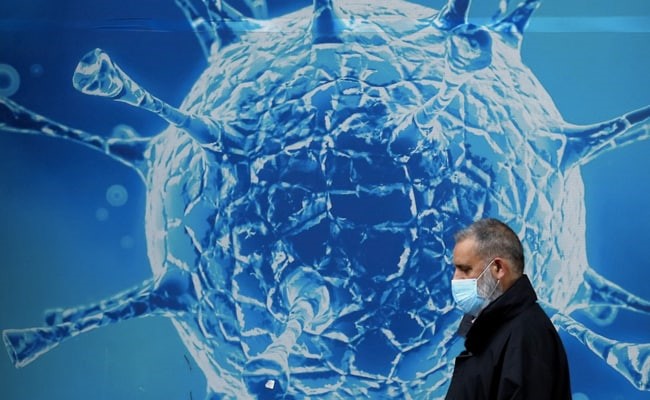 LONDON: A worldwide COVID-19 study led by
UK experts and conducted at Indian hospitals among others around the world has
been awarded the ‘Guinness World Records’ title for the world’s largest
scientific collaboration, involving over 140,000 patients in 116 countries.

The
record for ‘Most authors on a single peer-reviewed academic paper’ is now held
by the Universities of Birmingham and Edinburgh after 15,025 scientists around
the globe contributed to the major research into the impact of COVID-19 on
surgical patients, reported news agency Press Trust of India.

The
co-lead author of the study, Indian-origin surgeon Aneel Bhangu from the
University of Birmingham, said the study was aimed at improving our
understanding of the deadly virus.

“Being
awarded the ‘Guinness World Records’ title for the world’s largest scientific
collaboration highlights the scale of our global partnership, which aims to
contribute to our understanding of COVID-19 and help to save as many lives as
possible around the world,” said Dr Bhangu.

“It
marks the commitment and hard work of thousands of medical colleagues around
the world to understand the changes that are needed in how surgery must be
delivered if we are to beat the virus and reduce its impact on surgical patients,”
he said.

Funded by
the UK government’s National Institute of Health Research (NIHR), the
researchers concluded that patients waiting for elective surgery should be
treated as a vulnerable group and access COVID-19 vaccines ahead of the general
population – potentially helping to avoid thousands of post-operative deaths
linked to the virus.

This was
seen as particularly important for low and middle income Countries (LMICs)
where access to vaccination remains limited and mitigation measures such as nasal
swab screening and COVID-free surgical pathways to reduce the risk of
virus-related complications are not available for many patients.

Overall,
the scientists estimated that global prioritisation of pre-operative
vaccination for elective patients could prevent an additional 58,687
COVID-19-related deaths in one year.

The
COVIDSurg Collaborative international team of researchers published its
findings in the ‘British Journal of Surgery’ (BJS), Europe’s leading surgical
journal, after studying data from 1,667 hospitals in countries including India,
the UK, Australia, Brazil, China, the UAE and the US.

In India,
the study was conducted across 56 hospitals – among the largest alongside
Germany and Italy.

Co-author
James Glasbey, a surgical trainee from the University of Birmingham, commented:
“Over 15,000 surgeons and anaesthetists from across 116 countries came
together to contribute to this study making it the largest ever scientific
collaboration, surpassing even ground-breaking research from the Large Hadron
Collider at CERN in Switzerland.

“Every
day we hear in the news that waiting lists are growing, and patients are unable
to access the surgery that they need. This situation sadly is deteriorating in
countries all over the world. Policy makers can use the data from this
scientific collaboration to safely restart elective surgery.”

Launched
in March 2020, the COVIDSurg Collaborative has provided data needed to support
changes to surgical delivery in the fastest time frame ever seen by a surgical
research group, Birmingham University said.

Research
from this huge study group has also explored the timing of surgery after COVID
infection, preoperative isolation, and risks of blood clots, all published in
the field-leading journal ‘Anaesthesia’.

According
to the experts, during the first wave of the pandemic, up to 70 per cent of
elective surgeries were postponed, resulting in an estimated 28 million
procedures being delayed or cancelled.

Whilst
surgery volumes have started to recover in many countries, ongoing disruption
is likely to continue throughout 2021, particularly in the event of countries
experiencing further waves of COVID-19.