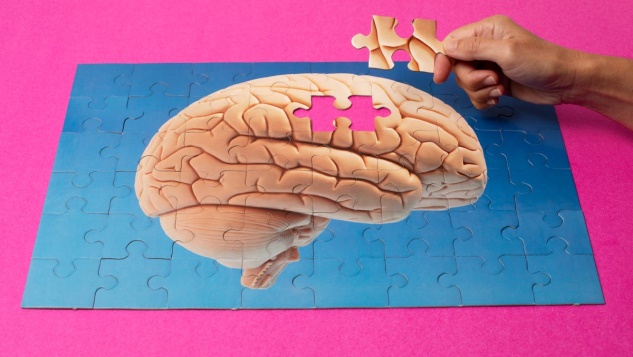 LONDON: Losing someone you love is one of life’s most painful experiences, and the heartache and emotional strain often starts when memory loss enters the equation. Depending on the diagnosis, dementia can turn families’ lives upside down in many ways.

Alzheimer’s disease is the most common form of dementia. The Alzheimer’s Association’s 2022 Facts and Figures report estimates that 6.5 million Americans age 65 and older are living with Alzheimer’s in 2022.

Dementia and Alzheimer’s disease are frequently used interchangeably, but they’re not the same thing. Learning the difference between them, as well as other forms of dementia and linked health issues, can help you spot warning signs earlier and start exploring therapies and treatments.

Here’s everything you need to know about the different types of dementias, stages, symptoms, treatments and more.

According to the Alzheimer’s Association, dementia is a general term for memory loss and cognitive decline severe enough to interfere with daily life. Dementia includes several specific medical conditions that relate to abnormal changes in the brain, such as Alzheimer’s disease, Lewy body dementia, vascular dementia and mixed dementia, as well as adjacent disorders like Huntington’s disease, Parkinson’s disease, Creutzfeldt-Jakob disease and traumatic brain injuries.

Dementia can sometimes be confused with normal aspects of aging, such as increased forgetfulness and distractedness, but the type of mental decline seen in dementia patients goes beyond mild symptoms.

What are the symptoms of dementia?

Because dementia encompasses a wider group of diseases, the symptoms will vary. Generally, dementia is associated with memory loss, losing track of personal items and difficulty planning, as well as disorientation, lack of spatial awareness and getting lost in familiar places.

Many dementia symptoms appear in more than one disease, but age, genetics, lifestyle and other individual health factors can impact how and when symptoms manifest, as well as the severity.

How is dementia different from normal aging?

There are key differences between dementia and normal aging. For example, as a person ages, they may forget names, struggle to find the right word, misplace items or not know why they went into a room. According to a UK dementia charity, the Alzheimer’s Society, a person who is aging might sooner or later remember a name or why they went into a room, or be able to retrace their steps to find a lost item. This eventual memory retrieval will not be the case for those with dementia, and often they’ll experience a steady decline from normal forgetfulness.

What is Alzheimer’s disease?

Alzheimer’s disease is a degenerative brain disease and the most common form of dementia. According to the Alzheimer’s Association, the disease accounts for up to 60% to 80% of dementia cases globally.

How does Alzheimer’s differ from other dementias?

The physical changes that happen in a patient’s brain are considered to be some of the main features of Alzheimer’s disease. Amyloid plaques (or “clumps”) and neurofibrillary (or “tau tangles”) sometimes begin developing in the brain more than a decade before symptoms show. These clumps and tangles are caused by abnormal protein buildups.

According to the National Institute on Aging, this buildup causes previously healthy neurons to stop functioning, disconnect from other neurons and die. Damage appears first in the hippocampus and the entorhinal cortex, two parts of the brain integral to forming memories. The disease spreads to the cerebral cortex, the part of the brain that handles language, reasoning and social behavior. As more neurons are lost, more parts of the brain are impacted and begin to shrink.

Neuroimaging can help detect Alzheimer’s earlier. Structural imaging, such as magnetic resonance imaging, or MRI, as well as computed tomography, or CT, scans can provide information about the shape, position and volume of brain tissue. Functional imaging includes functional MRIs, or fMRIs, as well as positron emission tomography, or PET scans. These types of scans show how actively brain cells in specific areas are using sugar or oxygen. Molecular imaging includes PET scans, fMRIs and single photon emission computed tomography, or SPECT. These imaging techniques use highly targeted radiotracers to detect cellular or chemical changes as they relate to specific diseases.

What are the symptoms of Alzheimer’s?

In the beginning stages, people with Alzheimer’s disease can experience memory loss and other cognitive difficulties. They may display many of the symptoms associated with other forms of dementia, like getting lost, repeating questions and taking longer to complete normal tasks. When the disease advances to a moderate stage, memory loss worsens. The person may not be able to consistently recognize friends and family, become easily confused or agitated, behave impulsively and further struggle with reasoning and conscious thought. When the disease is at its most severe, the person’s brain tissue has significantly shrunk and they’ve become entirely dependent on caregivers.

What treatments are available for Alzheimer’s disease?

There’s no cure for Alzheimer’s disease, but treatments can help slow its progress as well as manage symptoms.

Aduhelm, otherwise known as Aducanumab, is the first FDA-approved therapy that seeks to address the known biological causes of Alzheimer’s disease. Aduhelm works to remove the beta-amyloid, or the clumps, in the brain and reduce cognitive and functional decline for people in the early stages of the disease.

According to Harvard Health Publishing, Aduhelm is designed to stick to the amyloid molecule that forms plaques. Once this happens, your body’s immune system will view the plaques as foreign invaders and remove them.

Aduhelm can also be prescribed for mild cognitive impairment and mild dementia.

Cholinesterase inhibitors like Aricept, Exelon and Razadyne are prescribed to treat symptoms related to memory and other cognitive processes. According to Dementia Australia, these medications stop or slow cholinesterase enzymes from breaking down acetylcholine, an important neurotransmitter for memory.

Alzheimer’s patients have low levels of these neurotransmitters. Cholinesterase inhibitors increase the chances that acetylcholine will be passed to the next nerve cell without being destroyed, thereby supporting communication between nerve cells.

Belsomra, an orexin receptor antagonist, is meant to treat insomnia and regulate the sleep-wake cycle. Tricyclic antidepressants like nortriptyline, benzodiazepines, sleeping pills like zolpidem, atypical antipsychotics and classical antipsychotics have also been used to treat sleep and behavioral changes due to Alzheimer’s disease, though should be used with extreme caution.

According to the National Library of Medicine, there are nondrug interventions for Alzheimer’s — from memory training, mental and social stimulation to physical activity programs. These strategies can help improve cognitive performance and increase the patient’s independence. The use and effectiveness of nondrug therapies will depend on multiple factors, like the person’s symptoms, stage of disease and life circumstances.

Other types of dementia

Lewy body dementia is a progressive disease marked by abnormal brain deposits of a protein called alpha-synuclein. The deposits, or Lewy bodies, impact a person’s thinking and movement skills, as well as behavior and mood.

Vascular dementia patients can exhibit problems with reasoning, planning, judgment, memory and other thought processes. According to the Mayo Clinic, these symptoms are caused by impaired blood or oxygen flow to the brain, often resulting from strokes that block arteries to the brain.

According to the Alzheimer’s Association, vascular dementia is a more common type of “mixed dementia.” This means it often shows up alongside another dementia, like Alzheimer’s disease or Lewy body dementia.

Some drugs used for Alzheimer’s disease and stroke prevention have been shown to benefit people with vascular dementia. As a preventative measure, it’s also important to address risk factors like high blood pressure, diabetes, high cholesterol and heart arrhythmias.

Treatments and drug therapies depend on the combination of dementias, as well as the symptoms.

Other diseases and conditions linked to dementia

Huntington’s disease is an inherited condition that causes a progressive breakdown of the brain’s nerve cells. According to the Mayo Clinic, Huntington’s causes movement, cognitive and psychiatric disorders, with a large range of symptoms impacting thinking, reasoning and mood changes.

According to the Alzheimer’s Association, Creutzfeldt-Jakob disease occurs when abnormal versions of prion proteins become misshapen. Prion proteins occur normally in the body, but when they fold, they can become infectious and harm regular biological processes. Transmissible spongiform encephalopathies are associated with the misfolding of proteins. TSEs, also known as prion diseases, are a family of rare progressive neurodegenerative brain disorders that affect humans and animals.

When a prion protein folds incorrectly in the brain, it destroys brain cells and the person experiences a more rapid mental decline than those with other forms of dementia. Symptoms include depression, agitation, worsening confusion and disorientation, as well as problems with memory and mobility.

According to the Centers for Disease Control, Creutzfeldt-Jakob disease is rare. It occurs worldwide at a rate of about one or two cases per one million people every year. The disease can develop spontaneously, be inherited from a parent, or most rarely, be acquired from exposure to an external source like contaminated beef.

Korsakoff syndrome is a chronic memory disorder caused by alcohol misuse, as well as a major thiamine deficiency. According to the Alzheimer’s Association, a severe-enough thiamine deficiency can disrupt brain chemicals that help with memory processes. Korsakoff syndrome is considered less common than Alzheimer’s disease and other dementias, but scientists also note that it may be underdiagnosed.

According to the Mayo Clinic, repetitive head trauma can cause signs of dementia depending on the part of the brain that’s injured. Symptoms may occur years after the initial trauma.

In some cases of posterior cortical atrophy, the impacted part of the brain shows plaques and tangles, similar to those noted in Alzheimer’s disease. In other patients, the brain changes are more similar to Lewy body dementia or Creutzfeldt-Jakob disease. According to the Alzheimer’s Association, information about posterior cortical atrophy is limited and researchers are working to establish a standard definition, as well as diagnostic criteria.

Normal pressure hydrocephalus is a brain disorder that occurs when excess cerebrospinal fluid gathers in the brain’s ventricles. When ventricles enlarge with excess cerebrospinal fluid, brain tissue can be damaged and disrupted, which can result in difficulty with walking, thinking and more. Normal pressure hydrocephalus, Alzheimer’s disease, Parkinson’s disease and Creutzfeldt-Jakob disease all have similar symptoms.

How are dementias diagnosed?

According to Stanford Healthcare, doctors must consider many factors and test results before diagnosing dementia. An autopsy postmortem can allow for a further study of the brain and provide helpful information for surviving family members who may be concerned about genetic causes.

Doctors will ask patients about recent illnesses, life events and symptoms, like behavioral problems or memory issues. Patients may be asked to bring a list of their medications so doctors can check to see if there’s a bad drug interaction, or if the patient is overmedicated or undermedicated.

The doctor will conduct a Mini-Mental State Exam. An MMSE is a series of questions that can help assess mental skills. Questions may include asking you to identify the day of the week and current year, repeat a series of words, draw a clock face or count backward in different patterns. The best MMSE score is 30 points, 20 to 24 points suggests mild dementia, 13 to 20 points suggests moderate dementia, and fewer than 12 points indicates severe dementia.

In addition to a physical exam, a doctor will order lab tests for more insight into potential conditions. Lab work can include routine tests that look for an underactive thyroid or vitamin deficiency. Doctors can also run tests like complete blood counts, chemistry screenings, glucose tests, toxicology screenings and lumbar punctures. Doctors may also measure electrical activity in the brain with an electroencephalogram, or EEG.

Neuroimaging can help doctors understand what problem is causing a patient’s symptoms in more detail. These scans can check for brain tumors, look for evidence of a stroke and more. Neuroimaging includes MRIs, CT scans, PET scans, fMRIs and SPECT scans.