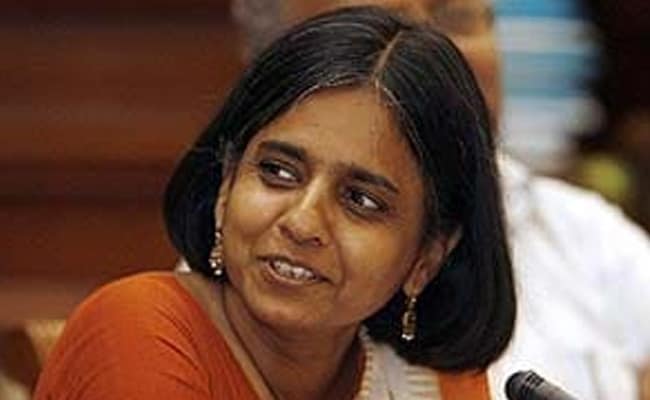 LONDON: Delhi-based environmentalist Sunita Narain got a special mention by Britain’s Prince William in his tribute to Queen Elizabeth II during celebrations of the Platinum Jubilee in London marking 70 years of the 96-year-old monarch’s reign.

In his speech during a Grand Jubilee Party at the Palace on a 360-degree stage outside Buckingham Palace on Saturday night, Prince William focused his message on the environment, and recognized “the monumental and pioneering work of so many visionary environmentalists”.

He said, “I think of Rachel Carson from America, Wangari Maathai from Kenya, Sunita Narain from India and so many others. While no one’s grandmother thanks them for talking about their age, my own grandmother has been alive for nearly a century. In that time, mankind has benefited from unimaginable technological developments and scientific breakthroughs.”

Prince William’s address was followed by his father, Prince Charles, who paid tribute to his mother’s “lifetime of selfless service”.

“Your Majesty, you have been with us in our difficult times. You bring us together to celebrate moments of pride, joy and happiness. Maybe this year, it really is coming home. You have met us and talked with us. You laugh and cry with us and, most importantly, you have been there for us, for these 70 years. You pledged to serve your whole life – you continue to deliver,” Prince Charles said.

The Queen did not attend Saturday’s concert, but participated in a pre-recorded comic sketch with Paddington Bear to open the concert.

In it, she is seen sharing a chaotic English cream tea at Buckingham Palace with the world-famous fictional bear gulping down tea straight from the teapot and accidentally spraying cream at the royal footman.

The cartoon character then reveals that he always carries an emergency stash of his favourite treat, a marmalade sandwich, and offers it to the Queen.

Smiling and laughing, the Queen opens her own handbag to show her own sandwich, saying: “I keep mine in here”.

The star-studded concert saw 22,000 people fill The Mall road, which leads up to Buckingham Palace, to enjoy performances from an array of music artists, as well as appearances from the stars of stage and screen, and the sporting world.

There were songs from Sir Elton John, George Ezra, Craig David, Duran Duran, Alicia Keys and Eurovision runner-up Sam Ryder, while Sir Rod Stewart’s performance of ‘Sweet Caroline’ had all the royals swaying in their seats.

There was also a run through of British and Commonwealth sporting achievements by actor and rapper Doc Brown and the show was closed by Diana Ross, with her first live performance in the UK in 15 years.

The final day of the Jubilee celebrations on Sunday will end with a huge pageant near Buckingham Palace.

The Platinum Jubilee Pageant – a carnival procession up The Mall featuring giant puppets and celebrities – will depict key moments from the Queen’s seven decades on the throne.

It includes a Bollywood-themed Wedding Party segment, created by South Asian arts group, Nutkhut. It will include a six-meter-high four-tiered cake inspired from the royal wedding of the Queen with Prince Philip, Duke of Edinburgh, in 1947, with each tier representing the Silver, Golden, Diamond and Platinum Jubilees of the monarch’s reign.

The Wedding Party will be performed in an elaborate style by 250 performers of all ages, from London, Birmingham, Leicester, Manchester, Southampton and Newcastle. Nutkhut says the spirit of the Commonwealth will flow through its specially-designed Platinum Jubilee sari, a key feature of the performance and composed of sustainable organic fabric.

Thousands of street parties are also being held across the UK in what is being called the Big Jubilee Lunch.