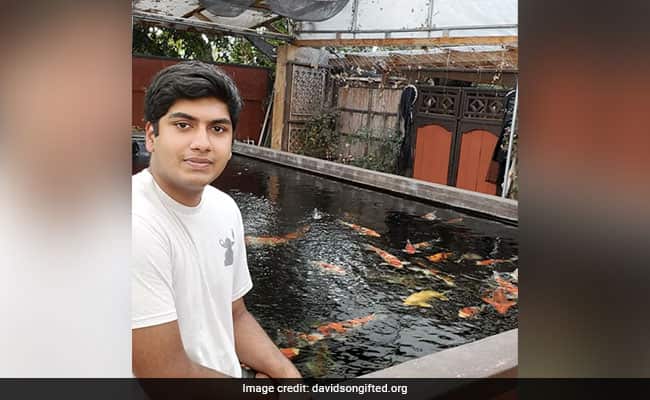 LONDON: Indeever Madireddy, an Indian American student studying at BASIS Independent Silicon Valley, a private school at the Silicon Valley has become the first person to sequence the genome of freshwater angelfish. He did the sequencing after his pet fish died in March this year.

The 17-year-old did the sequencing at BioCurious, a community lab in Santa Clara that makes advanced equipment available to anyone for a small membership fee, the outlet continued.

“Although my fish was dead, I wanted to preserve it forever. So I decided to sequence the genome of the angelfish with the hopes that I could contribute that information to the scientific community, while also paying a small tribute to my pet!” said the 17-year-old to NewScientist, while discussing the significance of the project.

The estimated cost of sequencing was around $2000 and Madireddy managed to raise over $1000 by crowdfunding, it was further reported.

The fish was stored at a very cold temperature of -80 degrees celsius in a lab to preserve the DNA. Mr Madireddy spent nearly a month learning how to sequence it. Once he was done, the sequencing took over two weekends with a small sequencer made by Oxford Nanopore. These sequencers read off the sequence of DNA molecules as they pass through tiny pores.

He also wrote a research paper explaining how the DNA was extracted with the NEB Monarch genomic DNA purification kit. “In this work, I sequenced, assembled, and annotated the complete genome of the freshwater angelfish in addition to the full mitochondrial genome with Oxford Nanopore Technologies,” he wrote in his paper.

Angelfish usually live up to 10 years if they are provided with proper aquarium conditions. “The rest of the angelfish are still happy and healthy in my aquarium,” the avid fish-keeper and biologist said to NewScientist.

Mr Madireddy has also received the prestigious Davidson Fellows Scholarship Program for a science project “Stably Integrating CRISPR-Cas9 to Augment the Mammalian Immune System to Protect Against Viral Infections.” This program recognise, nurtures and supports profoundly intelligent young people and provides opportunities for them to develop their talents to make a positive difference.