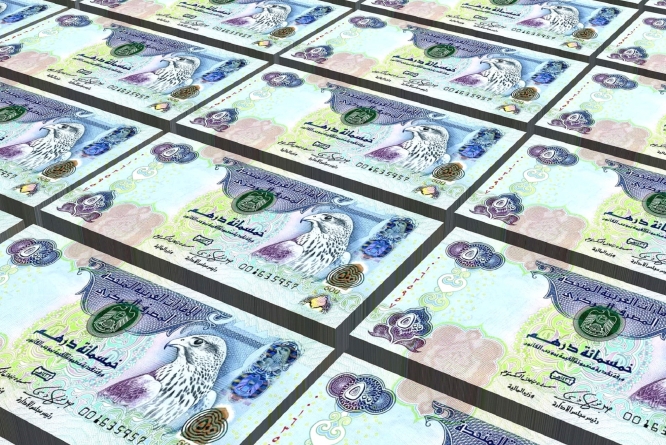 DUBAI : Indians emerged as the biggest beneficiaries of the UAE’s leading weekly raffle draw Mahzooz, which has created 31 multi-millionaires in the last two years, giving away over 350,000,000 dirham in prize money to its winning participants.
Among the total 217,000 winners, Indians come first, thanks to the large and repeat participation numbers from within the United Arab Emirates, India and other Gulf Cooperation Council countries.
In 2022, Indians participating from several countries, had a sizable share of the win, with a total prize money of 85,000,000 dirham (1.9 billion Indian Rupees). Four of those winners were the lucky receivers of the Mahzooz top prize and became multi-millionaires overnight in 2022.
Incidentally, the first and last millionaires of 2022 were also from India. While Rama walked away with the weekly 10-million dirham prize fund, Dalip turned out to be the lucky solo winner of a promotional pot of 20 million dirham.
(The Indian rupee ranged from an average of ₹ 20.25 to a single dirham at the start of the year to ₹ 22.5 as of December 30.)
The first winner with Mahzooz this year was an Indian chef whose fortune has rocketed him to multi-millionaire status during the 66th weekly draw. Rama, a chef who comes from a very modest family, landed the 10,000,000 dirham top prize and is determined to offer his children the education that he never had.
He considers the UAE his lucky charm: “Before I came to Dubai, I was working as a private chef in a tour company catering to Indian tourists, so I’ve travelled the world. But I decided to come to the UAE because my friends said this is the place where dreams come true”.
“Even when I was unemployed during the pandemic and when families were prudent about hiring domestic help, I didn’t lose hope. There’s always light after dark. I can’t thank the UAE and Mahzooz enough,” says Rama.
Anish was the second winner in 2022, and he too, won the top prize of 10 million dirham.
For the IT professional who works for a private company in Ajman, UAE, he had a sixth sense that gave him a positive feeling that he won something.
“Initially I had the feeling that I had won a small amount, but when I logged into my account, I was shocked to see that I was the top prize winner. This is a blessing indeed. I will use the prize money to repay by debts, help family members who are in need and most importantly, bring my family here to the UAE to live with me,” says Anish.
Dalip, the latest 2022 Indian winner who lives in Kuwait, became Mahzooz’s 30th multi-millionaire, as he took home a life-changing prize of 20 million dirham at the 102nd Mahzooz weekly draw.
The 48-year-old father of three, who works as a mechanical engineer, has been taking part in Mahzooz regularly with the sole intention of winning only the guaranteed raffle draw of 100,000 dirham.
However, he went away with 20,000,000 dirham instead, as part of a limited-time promotion.