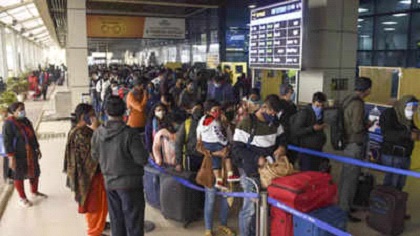 DUBAI : The number of Indian visitors to Dubai rose more than twofold to 8.58 lakh during January-June 2022 compared to the year-ago period, according to the Dubai’s department of economy and tourism (DET).

In the first half of 2021, over 4.09 lakh people from India visited Dubai, the DET data showed.

“The growth in tourists reflects the resilience and dynamism of the emirate’s economy. The rapid rise in international tourist arrivals puts Dubai on track to achieve its ambitious target of becoming the world’s most visited destination.

“In the years ahead, Dubai will continue to develop itself further as a destination that offers compelling value to international travellers,” Sheikh Hamdan bin Mohammed bin Rashid Al Maktoum, Crown Prince of Dubai and Chairman of The Executive Council of Dubai, said in a statement on Tuesday.

A total of 83.6 lakh international tourists had visited Dubai during the first six months of 2019, DET data stated.

From a regional perspective, Western Europe accounted for a significant share of tourist arrivals, comprising 22 per cent of total international visitors in the first six months of 2022.