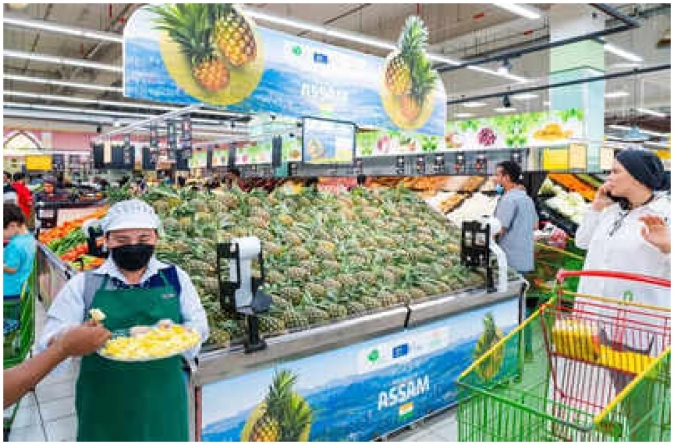 DUBAI : In a bid to harness the export potential of naturally grown fresh pineapples from the northeastern states, the Agricultural and Processed Food Products Export Development Authority (APEDA) on Saturday organised an in-store export promotion event in Dubai, to promote Assam’s pineapples, considered the sweetest in the world, among consumers for wider acceptance in the Gulf countries. 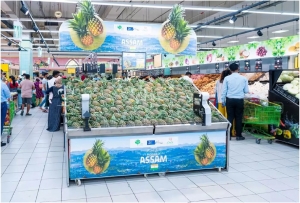 The ‘in-store promotion show’ was organised in association with Dubai’s largest supermarket group, Lulu Group, and the organisers said it was part of APEDA’s strategy to promote locally produced agricultural products in the international market. The showcased pineapples are procured from Hmarkhawlien village under Lakhipur sub-division in Cachar district, Assam. Consumers were offered to taste the sweetness of the pineapples, one of the most sought-after tropical fruit rich in fibre. 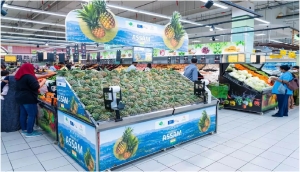 APEDA chairman M Angamuthu insisted on promoting the processed form of value-added pineapple from the northeastern states to sustain production in the global export market for a longer time. “We need to focus on promoting pineapple sourced from farmers in processed form in the Gulf countries in collaboration with private entities, including the Lulu Group. It will help farmers in better price realization of their produce,” he said, emphasizing that 10-15 aggregators should be identified for expediting hassle-free export from the northeast.

Before Assam made its debut in pineapple export to Dubai in 2019, Tripura was the first northeastern state to export its ‘queen’ variety of pineapple to Dubai and Doha in 2018. Tripura’s pineapple was also exported to Bangladesh in 2020.

APEDA informed that the top 10 importing countries of Indian pineapples are UAE, Nepal, Qatar, Maldives, USA, Bhutan, Belgium, Iran, Bahrain and Oman. “A quantity of 7665.42 MT of pineapples valued at $4.45 million was exported in the year 2021-22,” it stated.

APEDA said the northeastern region witnessed an 85.34% growth in the export of agricultural products in the last six years as it increased from $2.52 million in 2016-17 to $17.2 million in 2021-22. The major destination of export has been Bangladesh, Bhutan, the Middle East, the UK and Europe.