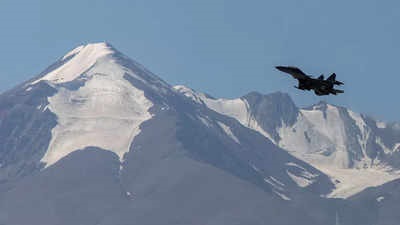 BEIJING : With China aggressively building new aircraft carriers and a blue-water navy to flex its muscles in the Indian Ocean Region, Washington is betting big on New Delhi to counter Beijing’s expansionist ambitions.
US top navy officer Admiral Mike Gilday has said that India will be a crucial partner for America in the future and play a vital role in countering China, reported Nikkei Asia.

“I’ve spent more time on a trip to India than I have with any other country because I consider them to be a strategic partner for us in the future,” Gilday, America’s highest-ranking Navy officer, told an in-person seminar in Washington.

According to the report, Gilday said that India presents China with a “two-front problem”.

“They now force China to not only look east, toward the South China Sea and the Taiwan Strait, but they now have to be looking over their shoulder at India,” he said.

During the seminar, Gilday added that India and China’s border skirmish along the Line of Actual Control (LAC) could also be strategically important.

The idea that the border clashes between India and China in the Himalayas pose a two-front problem for Beijing has been gaining traction among US strategists, reported Nikkei Asia.

In June, as the leaders of the Quad — the US, Japan, India and Australia — were meeting in Japan, former Pentagon official Elbridge Colby told Nikkei Asia that while India would not directly contribute in a local battle over Taiwan, it could draw China’s attention to the Himalayan border.

“What the United States and Japan need India to do is to be as strong as possible in South Asia and effectively draw Chinese attention so that they have a major second-front problem,” said Colby, the principal author of the 2018 National Defence Strategy under former President Donald Trump.

India, in the meantime, draws the same benefit from China’s difficulties in facing a strong US-Japan alliance around Taiwan, he said.

A planned joint mountaintop exercise between the US and India in October is seen as underscoring the potential second front for China.
In the last few years, the US has been eyeing India as a strategic counterweight to China in the Indian Ocean Region.

The Quad members are also strengthening their strategic embrace by holding important security dialogues with particular focus on the Indo-Pacific region. This has become a major irritant for China, which views Quad as a US-backed move to counter Beijing in the Indian Ocean.

Meanwhile, the Indian Navy is pushing hard for a third and much bigger aircraft carrier to retain its combat edge over China in the Indian Ocean Region (IOR).

With India’s first indigenous aircraft carrier (IAC) set to be commissioned as the 45,000-tonne INS Vikrant on September 2, the Navy believes the project for a third carrier should be launched as soon as possible since it will take at least a decade to build a 65,000-tonne one.

The third Chinese carrier, the over 80,000-tonne Fujian, was ‘launched’ in June.