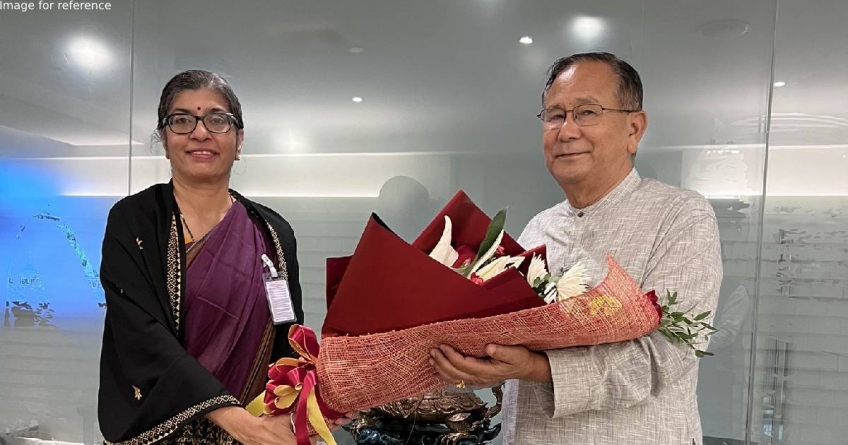 BANGKOK: Minister of State (MoS) for External Affairs, Dr. Rajkumar Ranjan Singh will visit Bangkok, Thailand from 29-31 July 2022 to inaugurate and attend the second edition of the North-East India Festival being organised by the Embassy of India in association with the North Eastern states of India and Trend MMS, India.

The first edition of the North-East India Festival was held in Bangkok in 2019, which opened substantial business opportunities for North-East Indian business community, especially in the tourism, agro and food processing sectors. In line with the Government of India’s emphasis on revitalising North East India, the Festival is an endeavour to showcase the strengths and potential of the region.

The Festival assumes special significance this year as India and Thailand are celebrating the 75th anniversary of the establishment of their diplomatic relations. The focus of the Festival will be on trade, investment and tourism promotion and exchanges in the field of culture, education and people-to-people connect.

The three-day event will be inaugurated at a grand ceremony at Centara Grand, Bangkok, on 30 July 2022. Mr. Jurin Laksanawisit, Deputy Prime Minister & Minister of Commerce, Thailand and MoS, will be the Chief Guests at the Festival. The Festival will also be attended by the Chief Ministers of Meghalaya and Nagaland and the Deputy Chief Minister of Arunachal Pradesh, alongwith other Ministers and senior Government officials from the North-Eastern states of India.

Ministers and senior officials from various Ministries of the Kingdom of Thailand are also expected to attend the Festival. Besides, a large contingent of artistes, craftsmen, business-persons & exhibitors, tour operators and academicians from the North-Eastern states of India will be travelling to Bangkok to participate in this Festival and hold B2B meetings as well as academic exchanges.

During the visit, the Minister of State for External Affairs will also meet with the Vice Minister for Foreign Affairs of the Kingdom of Thailand and hold discussions to further strengthen the partnership between the two countries.