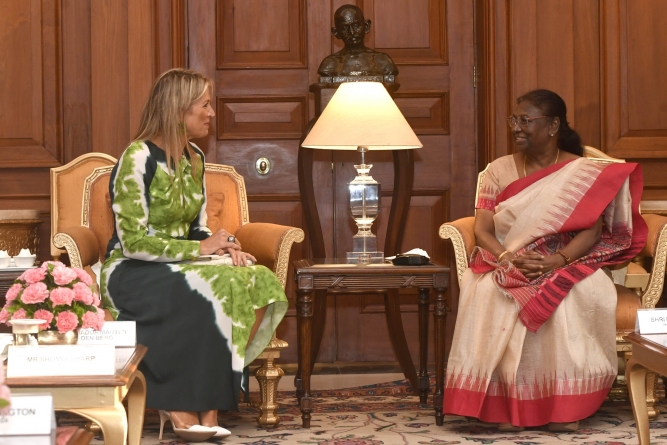 AMSTERDAM : Her Majesty Queen Máxima of the Netherlands called on the President of India, Smt. Droupadi Murmu at Rashtrapati Bhavan.

​The President welcomed Queen Máxima and discussed about the deepening of the bilateral relations between India and the Netherlands. The recent State Visit of the former President of India in April 2022 to the Netherlands was fondly recalled during the meeting.

The President noted that the ‘Strategic Partnership on Water’ launched during the India-Netherlands Virtual Summit in April 2021 and several other dimensions of bilateral relations have witnessed further strengthening in recent years.

​The two leaders also discussed in detail several aspects of universal financial inclusion which has been one of the main agenda of the Government of India. The President said that the Government of India is committed to connect every Indian with formal banking channels through various means and to ensure that the benefits provided by the Government reach the last mile and the intended beneficiary without any pilferage. Queen Máxima appreciated the progress made in India in this direction in the last few years.