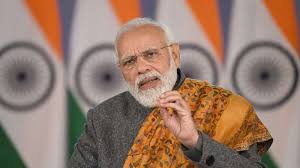 With regular high-level visits and interactions, the India-Netherlands ties have gained tremendous momentum in the recent years. The two Prime Ministers held a Virtual Summit on 09 April 2021 and have been speaking regularly. ‘Strategic Partnership on Water’ was launched with Netherlands during the Virtual Summit.

In the current year, India and the Netherlands are jointly commemorating 75 years of establishment of diplomatic ties. This special milestone was celebrated with the State Visit of President of India to the Netherlands from 4-7 April 2022.