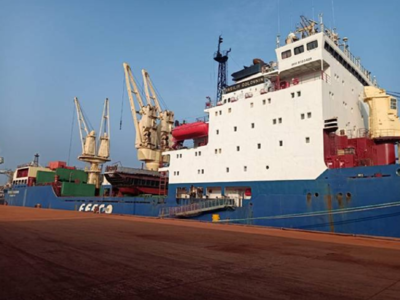 The expedition, which comes amidst the logistical challenges posed by Covid-19,
marks four decades of the country’s scientific endeavour to the southern
continent.

The expedition will commence from
Mormugao Port Trust, Goa on January 5 with 43 members and will sail to Cape
Town, South Africa where five more members will climb onboard. The chartered vessel
is expected to reach Antarctica in 30-45 days and will bring back the 48
members who have been on the continent for 15 months.

The National Centre for Polar and Ocean Research (NCPOR), which manages the
entire Indian Antarctic program said that the expedition has been limited to
support the ongoing scientific projects on climate change, geology, ocean
observations, electric and magnetic flux measurements, environmental
monitoring; resupplying of food, fuel, provisions and spare; and accomplishing
the return of the winter crew

Director (Marketing) at IndianOil Gurmeet Singh and Director of NCPOR Dr. M.
Ravichandran bade a formal farewell to the crew who embarked the vessel on
Monday in the presence of MPT chairman E. Ramesh Kumar and Postmaster General,
Goa Region N. Vinodkumar.

The Indian Antarctic expeditions began in 1981 with the first trip consisting
of a team of 21 scientists and support staff led by Dr SZ Qasim. Today, the
Indian Antarctic programme has three permanent research base stations in
Antarctica; Dakshin Gangotri, Maitri, and Bharati of which Maitri and Bharati
are operational.