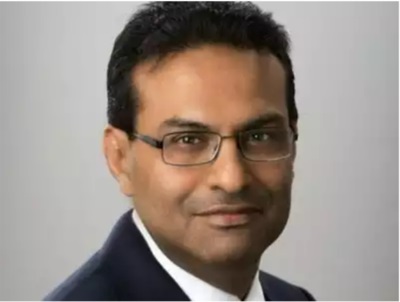 WASHINGTON : Starbucks has named a long-time PepsiCo executive as its new CEO.
The coffee giant said Thursday that Laxman Narasimhan will join Starbucks on Oct. 1 after relocating from London to Seattle, where Starbucks is based.

He will work closely with Starbucks’ interim CEO Howard Schultz through April 1, when he will assume the CEO role and join the company’s board.

Schultz said Narasimhan is “uniquely positioned” to lead the company, with a demonstrated track record of growth in both mature and emerging markets.

“As I have had the opportunity to get to know him, it has become clear that he shares our passion of investing in humanity and in our commitment to our partners, customers, and communities,” Schultz said in a statement.

Prior to that, Narasimhan held various leadership roles at PepsiCo, including as global chief commercial officer. He also served as CEO of the company’s Latin America, Europe and Sub-Saharan Africa operations.
Narasimhan has also served as a senior partner at the consulting firm McKinsey & Co., where he focused on its consumer, retail and technology practices in the U.S., Asia and India.

Schultz, a longtime CEO who helped shape Starbucks after buying it in 1987, came out of retirement and assumed the interim CEO job in March after the company’s former CEO, Kevin Johnson, announced his retirement. Schultz alsoreturned to the company’s board, and will remain there even after Narasimhan takes over.

Schultz said he had not planned to return, but wanted to help reshape the company after the pandemic, which upended Starbucks’ coffee shops and sped changes, including a heavier mix of drive-thru orders.

Narasimhan takes over a company with significant strengths. Starbucks reported record demand in the April-June period as strong U.S. sales made up for continuing closures in China, the company’s second-largest market.

But Starbucks also has challenges. Schultz has been working on a plan to remake store layouts, upgrade equipment and bolster employees, who came out of the pandemic feeling harassed and underappreciated. Starbucks announced a $1 billion investment in employee wages and benefits last fall and added $200 million more for pay, worker training and other benefits in May.

Still, the company faces an unprecedented unionization effort, which it opposes. At least 233 U.S. Starbucks stores have voted to unionize since late last year.

Narasimhan worked with unions at Reckitt, where 23% of employees were unionised at the end of last year.