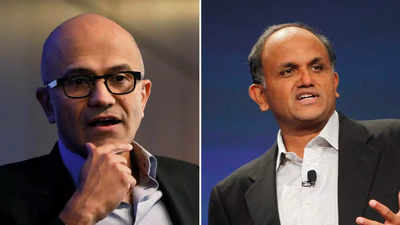 WASHINGTON: Microsoft CEO Satya Nadella and Adobe CEO Shantanu Narayen are among more than a dozen mostly Indian-American business leaders who are more investing than $ 120 million to bring T20 cricket to America in the US version of the IPL, it was revealed on Thursday.

The announcement came from Major League Cricket (MLC), the first professional T20 cricket league — in what is easily the world’s largest sports market revenue-wise — which said the funding will be used to develop premier cricket-specific stadia and training centers in eight US cities, including New York, Washington DC, Seattle, San Jose, and Houston, to kick start a world class six-team T20 league, possibly as early as 2023.

The United States is slated to co-host the ICC Men’s T20 World Cup alongside the West Indies in 2024.

“This unprecedented infrastructure investment will transform the landscape for professional cricket and enable the United States to host global events over the next decade and beyond. As well as international games, world-class T20 action will be played annually with MLC bringing the best cricketers in the world to play in cricket-specific venues with natural turf wickets and first-class amenities for fans,” MLC, which is partnering with ICC member USA Cricket, said.

According to MLC, it has now completed an initial close of a $44 million Series A and A1 Fundraising Round led by Satya Nadella and others, with an additional commitment of $76 million in further fundraising over the next 12 months in place.

Microsoft CEO Nadella, who is already a part-owner of the Seattle Sounders franchise in Major League Soccer, is a known cricket aficionado in a city that has a thriving local league and cricket legacy going back to colonial America.

In fact, cricket predates baseball in America. Historic references to cricket in the US include games in Georgia in 1737 and in Baltimore in 1754, the same year Benjamin Franklin brought a printed copy of cricket rules of play home to the Colonies, almost 100 years before the first book of baseball rules was published.

Indeed, many of America’s Founding Fathers were known to be cricket aficionados. Cricket historians say there was even a reference to the game the 1776 debate in Independence Hall, when John Adams argued against the chief executive of the new country being called “President,” saying “Fire brigades and cricket clubs have presidents.”