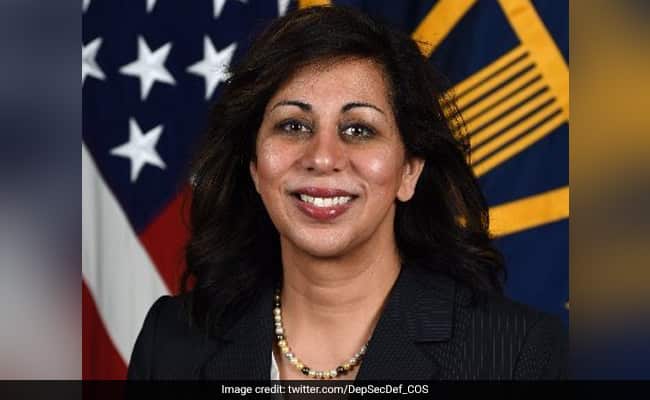 WASHINGTON: US President Joe Biden has nominated security expert Radha Iyengar Plumb to the post of Deputy Under Secretary of Defense for Acquisition and Sustainment, the latest Indian-American to be named for a key position.

Currently serving as the Chief of Staff to the Deputy Secretary of Defense, Ms Plumb was nominated for the top Pentagon position on Wednesday.

Prior to her appointment as Chief of Staff, Ms Plumb was the Director of Research and Insights for Trust and Safety at Google, leading their cross-functional teams on business analytics, data science and technical research.

She has also previously served as the Global Head of Policy Analysis at Facebook, where she focused on high-risk/high-harm safety and critical international security issues.

Ms Plumb was also a senior economist at RAND Corporation where she focused on improving the measurement and evaluation of readiness and security efforts across the Department of Defense.

She has also held a number of senior staff positions on national security issues at the Department of Defense, Department of Energy, and the White House National Security Council.

At the outset of her career, Plumb was an assistant professor at the London School of Economics and did her postdoctoral work at Harvard. She received her Ph.D. and MS in Economics from Princeton University and holds a BS from the Massachusetts Institute of Technology.

In her Linkedin profile, she describes herself as an experienced leader with deep technical analytic skills and a demonstrated history of working in the government, academia, and industry. Skilled in policy research, econometrics, trust and safety issues, and project management.

US President Biden is set to nominate Indian-American career diplomat Gautam Rana as the new US Ambassador Extraordinary and Plenipotentiary to Slovakia, the White House said in a statement last month.

In March, President Biden nominated two Indian-Americans as US envoys. He nominated diplomat Puneet Talwar as the country’s ambassador to Morocco and political activist Shefali Razdan Duggal as his envoy to the Netherlands.