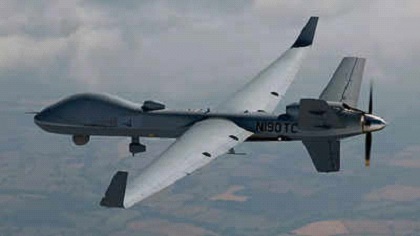 WASHINGTON : India’s negotiations with US for the procurement of 30 MQ-9B Predator armed drones are in the advanced stages and negotiations are on to sort out certain issues, people familiar with the development told PTI on Sunday.

The planned acquisition of 30 drones, at a proposed cost of $3 billion (around Rs 22,000 crore), is expected to crank up India’s overall surveillance apparatus along the Line of Actual Control (LAC) with China and in the Indian Ocean.

Notably, the MQ-9B drone is a variant of MQ-9 “Reaper” that was reportedly used to fire a modified version of the Hellfire missile which eliminated al-Qaida leader Ayman al-Zawahiri in the heart of Kabul last month.

Sources told PTI that talks between India and US are under way for the government-to-government procurement of the drones manufactured by US defence major General Atomics. They rejected reports that the deal is off the table.

TOI reported earlier that the deal was on hold because of the high costs involved and the thrust on indigenization in defence production.

Dr Vivek Lall, the Chief Executive for the General Atomics Global Corporation, told PTI that the acquisition programme is at an advanced stage of discussions between the two governments.

The sources said the talks are focused on sorting out certain issues relating to cost component, weapons package and technology sharing.
It is learnt that the procurement proposal figured in the fourth two-plus-two foreign and defence ministerial dialogue between India and the US in Washington in April.

In 2020, the Indian Navy had taken on lease two MQ-9B Sea Guardian drones from General Atomics for a period of one year for surveillance in the Indian Ocean. The lease period has been extended subsequently.

The Indian Navy has been bolstering its surveillance mechanism to monitor growing Chinese activities including frequent forays by PLA warships in the Indian Ocean Region.

The MQ-9B drones, with their cutting-edge avionics and ground control systems, have COMCASA-protected equipment like advanced Global Positioning System (GPS), Identification Friend or Foe (IFF) receiver and VHF system, which are immune to jamming and spoofing from enemies.

The drones are designed to not only meet the standards of NATO (North Atlantic Treaty Organization) but also to comply with civil airspace requirements in the US and around the world, according to General Motors.

The remotely piloted drones are capable of remaining airborne for around 35 hours.