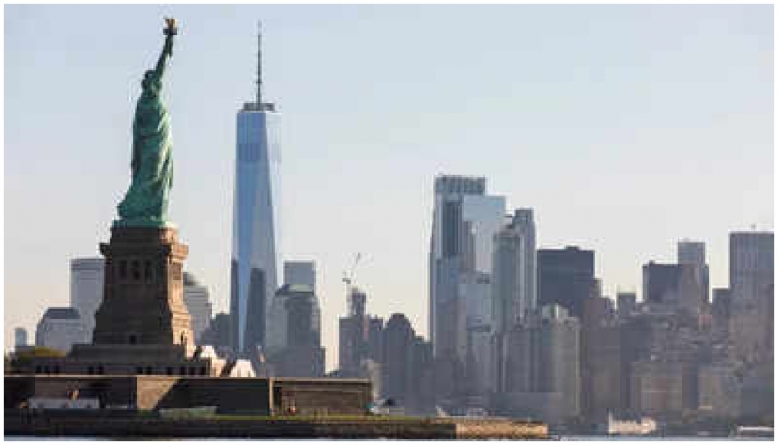 WASHINGTON : More than half (319 of 582) of America’s startup companies valued at $1 billion or more – known as unicorns – have at least one immigrant founder. India, with 66 companies, tops the chart as the country of origin for the immigrant founders of US unicorns, shows a National Foundation for American Policy (NFAP) report that has just been released.
Immigrants from Israel founded the second-most billion-dollar companies at 54, followed by the UK (27), Canada (22), China (21), France (18), Germany (15), Russia (11), Ukraine (10), and Iran (8). 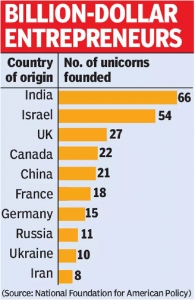 The NFAP report looks at unicorns tracked by the research firm CB Insights. The research finds that the privately held US billion-dollar startup companies with immigrant founders have created an average of 859 jobs per company. The collective value of the 319 immigrant-founded companies is $1.2 trillion, which is more than the value of the companies listed on the major stock markets of many countries, including the Brazil Stock Exchange ($925 billion), Madrid Stock Exchange ($727 billion), and Singapore Exchange ($679 billion).

In addition to the 319 billion-dollar startups with at least one immigrant founder, NFAP identified 133 other companies with at least one immigrant in a key leadership position, such as CEO, CTO or VP of engineering. The report noted that such positions are critical to a company’s growth and prospects, with entrepreneurs often saying that starting a company and getting funding is easier than running a business and making it successful. In total, 78%, or 451, of 582 billion-dollar startups have an immigrant founder or an immigrant in a key leadership position.