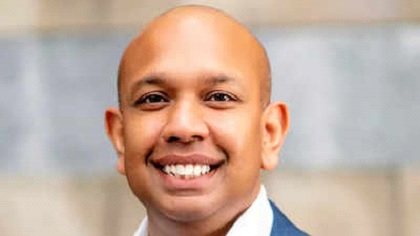 An expert on policy, federalism, community service and organisational management and development, he also worked as director of state campaigns of the multi-million dollar gun violence prevention organisation Everytown for Gun Safety in 2013-14. President & CEO of UpRising Strategies, a boutique consulting firm in Virginia, Rathod is now back amidst the hustle and bustle of a high-profile political battle as campaign manager of former Democrat Congressman Beto O’Rourke, who is running for governor of Texas in November 2022.

A lawyer, community organiser and co-founder of South Asian Americans Leading Together (SAALT), and, during the 2008 presidential campaign, South Asians for Obama (SAFO), Nick Rathod spoke to Ishani Duttagupta on a range of topics including his Indian American heritage and the importance of the ‘desi’ vote. Edited excerpts from the interview:

You have served in senior positions in the Obama administration, what attracted you to public life and politics?

My family has always centred us on service and giving back to the communities around us. Throughout my childhood, at college and beyond I felt a strong sense of service and I knew I wanted to have a career that allowed me to do that. I never in my wildest dreams believed that I could have a role in US politics because it always seemed inaccessible and insular and only for those of privilege, wealth and access.

My family were recent immigrants to the US from India, did not have wealth or access and we lived in a very rural area in the state of Nebraska. Eventually, I made it to the White House and served President Obama, helped Senator Elizabeth Warren create a new government agency designed to protect consumers in the US, built an organisation that served thousands of elected officials across the US and now am the first Indian American to run a state-wide campaign for Beto O’Rourke in Texas.

Traditionally, Indian immigrants and Indian Americans have been attracted to professions in engineering and medicine among others – do you see that changing and many being drawn to political and government roles and public life?

Yes. When I was coming up it was atypical and frankly looked down upon by the community to do anything but focus on careers like medicine or engineering but now you see desis excelling in so many fields – from the arts, acting, law, politics, wellness, advocacy and so much more. It takes courage and strength to do something that is considered outside of the norm and I am so proud to see so many fellow desis in America breaking out and following their own passions and making their own way.

Has your Indian American heritage contributed to your political career in any way? Do you have any connections with India?

I still have a considerable number of family (immediate and extended) in Gujarat. When I was a child, we would visit our family and friends there and have a deep affinity and connection to India and always will.

So many of my values and how I operate in my work in politics was shaped by the values of hard work, sacrifice, centring family, building and sustaining community, love of country and centring faith and god in everyday life that I learned from my parents and are rooted in Indian philosophy and culture.

You have been the founder of high profile organisations such as State Innovation Exchange, South Asian Americans Leading Together and South Asians for Obama. Are there any common goals that these organisations have had?

All of the organisations I have helped to found and build all were centred on ultimately helping people –whether it be South Asians in the United States engage in the political process through SAALT and SAFO or achieving legislative wins at SiX [State Innovation Exchange] that benefited all people.

In your political career, what have been some of the most challenging moments?

There are too many to count but I think the work that it took to pass health care reform with President Obama, getting some sensible gun laws passed in states through SiX, helping build the Consumer Financial Protection Bureau and now working to elect a Democrat to be governor of Texas, which has not happened in decades, immediately stand out as the most challenging of my career.

In your current assignment as the campaign manager for Beto O’Rourke’s campaign in the Texas gubernatorial race, what are the biggest challenges? Are you engaging in a big way with Indian American voters?

It has been several decades since a Democrat was elected Governor of Texas, and right now in the state and country politics is so polarised. Texas in recent years has also been front and centre on some of the most extreme laws that target women’s health, are designed to suppress voting, harm LGBTQ+ communities and so many others that ultimately harm the most vulnerable in the state.

If we are successful, we can hold those pushing those extreme policies accountable, bring Texans together to solve real problems in the state and change the face of politics in the United States forever. There are a lot of people counting on us including Indian Americans who are a substantial portion of the electorate in the state and who we are prioritising and engaging on a daily basis.

I am a huge fan of it all. I cook Indian food at home and love to indulge in some of my favourite foods from all over the country, and I love Bollywood music and films.