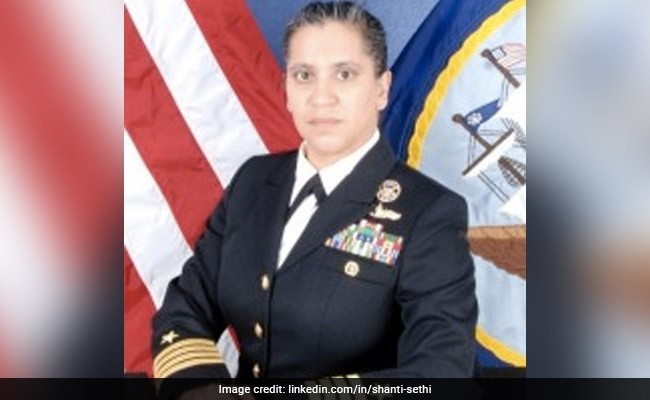 In her new role, Shanti Sethi coordinates National Security Adviser documentation across the Office of the Vice President, according to her LinkedIn profile.

Shanti Sethi commanded the guided-missile destroyer, USS Decatur, from December 2010 to May 2012. She was also the first female commander of a US naval vessel to visit India.

When she joined the Navy in 1993, the combat exclusion law was still in effect so she was limited in what she could do. However, when she was an officer, the Exclusion Act was lifted.

“I was able to move on to have a career path that was much more open to me because I was going into this very male-dominated environment,” Shanti Sethi told USA Today in an interview last year.

Shanti Sethi’s father immigrated to the US from India in the early 1960s.

Kamala Harris is the first-ever person of Indian origin to be elected as the Vice President of the United States.