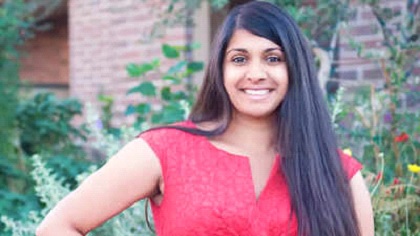 WASHINGTON : The United States Senate voted last week to confirm President Joe Biden’s nomination of Indian-American lawyer Roopali H Desai to serve as a US circuit judge for the US court of appeals for the ninth circuit. Desai, whose parents immigrated from India, will become the first South Asian person appointed to the important court upon taking her oath.

Desai’s confirmation is being seen as historic because of the huge bipartisan support in which she secured the most votes of any circuit court nominee under the Biden administration so far.
Desai was nominated for the judgeship on June 15, and had her hearing before the Senate judiciary committee on July 13. Her nomination was reported to the Senate floor on July 28. Upon the president’s signing of her judicial commission, Desai will occupy a seat made vacant by circuit Judge Andrew D. Hurwitz’s assumption of senior status.

Desai has been a partner since 2013 at law firm Coppersmith Brockelman in Phoenix, where she has practised since 2007. Previously, she was an associate at Lewis & Roca in Phoenix from 2006 to 2007.

While in law school, Desai was a legal intern for the office of the federal public defender in the district of Arizona. Following law school, she clerked for then Chief Judge Mary M. Schroeder of the US court of appeals for the ninth circuit from 2005 to 2006.

Desai has been a member of the American Law Institute since 2021. She has served on numerous community boards, including the Arizona Center for Law in the public interest where she served as president of the board of directors from 2015 to 2017.

Appointed under Article III of the US Constitution, federal circuit judges are nominated by the president, confirmed by the Senate and serve lifetime appointments upon good behaviour.

Indian Americans have recognised Desai’s confirmation to serve as a judge on the 9th circuit court as a major win for the community. Neil Makhija, executive director, Indian American Impact said: “Roopali Desai’s bold and inspired work as an attorney in Arizona earned her a reputation and career of which she should be immensely proud.
A fierce defender of democracy, she valiantly represented the Arizona state secretary of state, Katie Hobbs, against a lawsuit by President Donald Trump’s campaign that sought to overturn Biden’s victory in Arizona.”