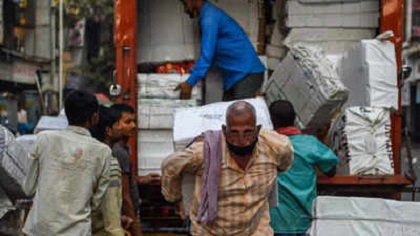 WASHINGTON : Amid rising geopolitical pressures and uncertainty surrounding the world, the International Monetary Fund’s (IMF) managing director Kristalina Georgieva on Thursday said that the Indian economy will make a mark on the world for years to come.

India is headed to lead the G20 countries from the position of “strength” and will leave a mark on the world for years to come during its next year’s presidency, managing director of the IMF Kristalina Georgieva said on Thursday.

Speaking on the sidelines of the annual meeting of the International Monetary Fund and the World Bank in US, Georgieva said, “India deserves to be called a bright spot on this otherwise darker horizon because it has been a fast growing economy, even during this difficult times, but most importantly, this growth is underpinned by structural reforms.”

Georgieva’s comments assumes significance as India will assume the presidency of the G20 for one year from December 1 this year. Under its presidency, India is expected to host over 200 meetings of the G20 across the country.
The IMF chief said that as India readies itself to assume presidency of G20 from the position of “strength”, it is sure to leave a mark on the world.

Under India’s presidency, the G20 Leaders’ Summit at the level of heads of state/government is scheduled to be held on September 9 and 10, 2023 in New Delhi.

The IMF chief is not the only person to have praised India. The organisation’s chief economist Pierre-Olivier Gourinchas also hailed India for emerging as a “bright light” at a time when the world is facing imminent prospects of a recession.

Responding to a question on the ambitious goal of India becoming a USD 10 trillion economy, Gourinchas told PTI that he certainly believes this is achievable.

“I mean, we’ve seen a number of countries grow at very fast rates in the past and really develop very rapidly. So, I think it’s certainly, now it’s not necessarily an easy task, but I think, yes, there is certainly an enormous potential for an economy like India,” he told PTI in an interview.

To do so, India needs to carry out a number of structural reforms, he observed.

The IMF had in July projected a gross domestic product (GDP) growth of 7.4% for India in the fiscal year that started in April 2022. Even that forecast was lower than 8.2 per cent projected in January this year.

However, despite the cut in growth projections, India still remains the fastest growing among major economies.
“India is one of the largest economies. So, when it’s really growing at solid rates like 6.8 or 6.1, it is really noticeable. In a picture where all the other economies and advanced economies, rarely grow at that speed, but even other large countries don’t do as well in the current year or next year in our projections. So it’s certainly extending out,” Gourinchas said.
Last week, World Bank had also slashed India’s growth forecast for FY23 to 6.5% from its earlier estimate of 7.5%, citing impact of the ongoing war in Ukraine, rising global interest rates and high inflation.

Prominent among the structural reforms are the “remarkable success” in digitalisation in India, from digital ID to providing all services and support on the basis of digital access,” IMF MD Kristalina Georgieva said. “This has indeed been a huge factor for India’s success,” she added.

“And so, the country is now stepping into taking the lead on G20 from that position of strength, which makes me strongly believe that we will see India leaving a mark on the world for years to come during next year’s presidency (of G20),” Georgieva said.

“It can be in the area of bringing more fairness in our institutions. Next year we need to complete the 16th quarter review. India has been a very strong voice for the fund to be financially strong and also to be a strong institution on the basis of fair representation of our members,” she said.

“It could be in renewable energy. What is not so well known, you know it, that India has really leapfrogged in terms of solar and other forms of renewable energy. So, I very much look forward to next year and I’m sure that it would make the people of India, the whole nearly 1.4 billion of them very proud,” said the IMF managing director.