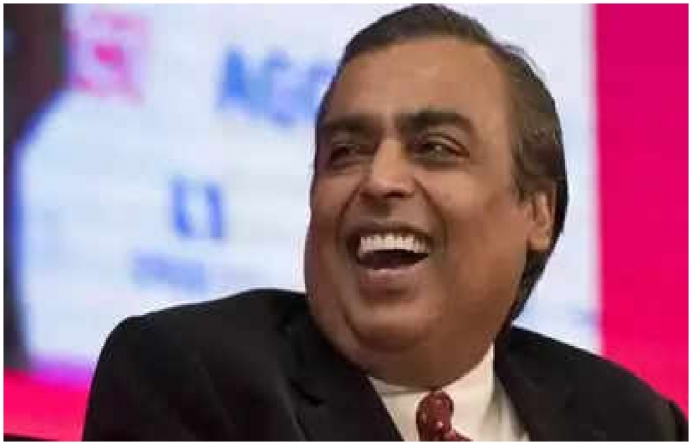 WASHINGTON : India is home to just four percent of the world’s top chief executive officers ( CEOs), while the majority are in the US, revealed a study by Lensa, which analysed CEOs at the world’s top 75 companies, including ICBC, JP Morgan Chase, Amazon and Apple.
The majority of the top 75 CEOs are American, with 20 American citizens being at the forefront of the world’s top companies. This is unsurprising as 31 of the top 75 companies are based in the USA. However, it also means that 11 US companies have non-native CEOs.

Chinese is the second most common passport held by the world’s top CEOs. In contrast with the US, all Chinese companies have a Chinese CEO, with many of them being state-backed corporations.

Over half of the companies are from either the US or China (31 and 14, respectively). Germany has the third-highest number of companies on the list (6).

The study further revealed that 96% of the CEOs in the world’s top companies are male. The three female CEOs are Jane Fraser (Citigroup), Karen S. Lynch (CVS Health), and Mary Barra (General Motors). 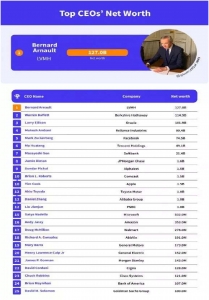 Reliance Industries’ Mukesh Ambani is the world’s fourth richest CEO with a net worth of $99.4 billion.

The average age of all the CEOs studied is 59 years old, showing that for the most part, it takes a lot of time and experience to be running one of the biggest companies in the world. There are exceptions to the rule, Mark Zuckerberg founded and became CEO of social media giant Facebook when he was a teenage student – 18 years later and he is still the youngest CEO on the list at 37.

At the other end of the age scale, Berkshire Hathaway’s head honcho Warren Buffett is into his 90s. Buffett became CEO and majority shareholder in 1970, meaning he had been in the job 14 years before Zuckerberg was even born.

Of the 58 CEOs the study could find education history for, only two of them did not achieve a degree, and both of these did attend university. 28 of the CEOs had a standard degree, a further 22 went on to achieve a master’s in their various fields of study, and eight were awarded a doctorate for their years of study.

The two odd ones out without a degree are Larry Ellison (CEO of Oracle), and Mark Zuckerberg (CEO of Facebook). These men are the eighth and 15th richest people on the planet respectively, and they have a combined estimated worth of $173.3 billion.