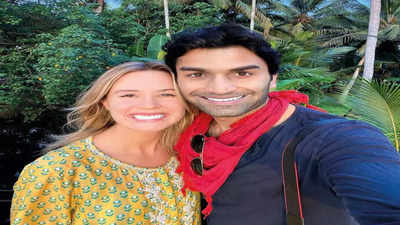 WASHINGTON: He’s up against Democrat stalwarts Jerrold Nadler and Carolyn Maloney for the coveted New York seat to reach to the US Congress, but 38-year-old Suraj Patel, having roots in Bardoli near Surat, is unfazed. In a recent media interview, he compared himself to a ‘hipster coffee shop’ between two Starbucks.

Patel, who had accompanied former US President Barack Obama on his India tour and associated with both his presidential campaigns, told TOI that his is a tryst to increase representation of South Asians in American politics. His fate would be sealed in ballots in the primaries which would take place on August 23.

“I get an average of five messages a week from people who say they want their son or daughter to turn on the TV and see a South Asian in the Halls of Congress making arguments and fighting for those less fortunate than ourselves. It certainly drives me. What we are trying to do here in New York in the next 38 days would be historic, I’d be the first non-white person to represent a majority white district in Manhattan,” Patel said in an email interview to TOI.

“I have to believe that a lawyer who is the son of immigrants can be a Representative in the immigrant capital of the world – New York City.”

But he is not new to struggles bigger than him. “The pronunciation of my name, the bullying from people who didn’t understand us and the welcome from people who did… The things I felt acutely as a child I’m aware now were only fragments of what my parents, grandparents and aunts and uncles faced,” said Patel, who is an alumnus of Stanford University, Cambridge University and New York University.