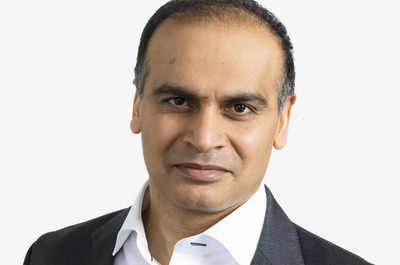 WASHINGTON: If records are anything to go by, this one is surely special as it culminates in setting up of the first 4G network on the moon, and establishing the first extraterrestrial cellular mobility that could one day be extended further to connect future robotic and human missions in space, and even to Mars.

And, it’s an Indian — born in New Delhi to a middleclass business family — who is leading the efforts to achieve the feat that will provide mobile connectivity to NASA’s ambitious Artemis moon-landing program.
Nishant Batra, based in Espoo (Finland), is the global head of strategy and technology at the Euro 22-billion Nokia, with responsibility for also leading the technology architecture and research at Bell Labs, which has to its credit nine Nobel Prize wins and five Turing awards.

An MBA from INSEAD business school, the 1978born Batra had earned his bachelor’s degree in Computer Applications from the Devi Ahilya University in Indore.

Ask him about the lunar connectivity project — awarded by NASA to Nokia in October 2020 — and Batra starts deconstructing the challenges, and opportunities. But first things first: Can a regular call be made from the moon once the 4G network is operational or can you watch movies and videos from streaming players? “If you run a 4G network on the moon, then this device will work there.

And then if somebody is carrying this device, they can make a call home as long as it is legally allowed. I’m not sure it will be legally allowed for a long, long time.

These (networks) are very secure for the system, highly secured, (and) not for public use,” Batra told TOI.

NASA, which is eyeing a human landing on the moon by 2024 as a follow-up to the historic 1969 moon-landing mission led by Neil Arm- strong, wants to use the Nokia-established network to help provide critical communications capabilities for tasks astronauts will need to carry out, like remote control of lunar rovers, real-time navigation and high-definition video streaming.

“With Artemis missions, NASA will land the first woman and first person of colour on the Moon, using innovative technologies to explore more of the lunar surface than ever before.

We will collaborate with commercial and international partners and establish the first long-term presence on the Moon.

Then, we will use what we learn on and around the Moon to take the next giant leap: sending the first astronauts to Mars,” the US space agency said while talking about the mission in September 2020.

The idea of a cellular network is integral to the Artemis plan which looks at conducting long-term work in space and carry out tasks that support life away from Earth.

Batra — whose teams are also engaged in doing cutting-edge research work in the area of 6G technologies – says that the lunar network may be a reality during this year itself. “The aim is to get this done over the coming months… (But) since it is a NASA project, I can’t give you the exact date of launch.

But it’s a matter of just a few months, not years.”

On the complexities of the project, Batra says, “The big difference is that we are not using any customized communication link in this project. Now we’re using standard operating technology to communicate in cis-lunar environments. In effect, we are not building a new technology to create links to the moon.”

The ease of regular network opens up myriad possibilities. “If we speak about technological leap, we may run cellular technologies in space in the future, beyond what is possible today. ” So, does the terrain make the task tougher?

“The base station has to survive the lunar environment. It has to be ruggedized. For a base station, if the temperature is below minus 60 degrees, it fades.

So, you have to stabilize the temperature, to make it survive in an environment like that. . . Similarly, the humidity constraints have to be dealt with. Humidity needs to be maintained at the required level; at the same time, we should also protect the equipment from rust.”

Regarding the materials, Batra says that while the standard electronics are the same as those used on the earth, the construction of the base station is different. “You need not mount the base station on tower… there is no obstruction and interference.”

And while the lunar mission is the immediate challenge, Batra’s teams are also working on new-age technologies, including those related to 6G and the immersive and highly-responsive virtual digital world, commonly referred to as Metaverse.

Batra says that India, and Indian engineering and IT talent, is one of the best in the world and will play a key role in the development of future technologies.

innovation, and not applied innovation. ” He says that Nokia and Bell Labs would hire more from India.