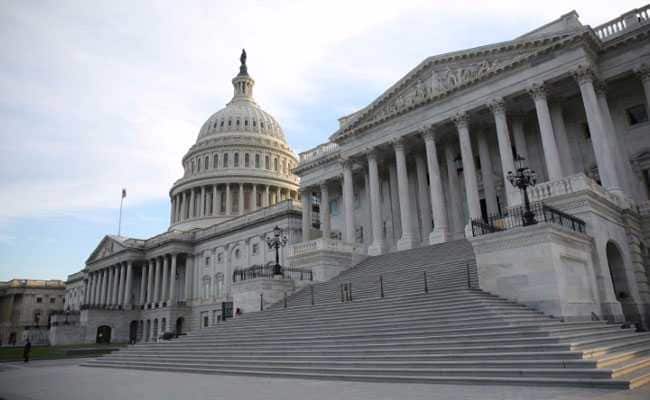 WASHINGTON: Five prominent Indian-American politicians are in the race for the US House of Representatives when the country goes for its midterm polls on November 8.

If the pollsters and opinions of political pundits are to be believed, Indian-American candidates are likely to have a 100 per cent strike rate for the House of Representatives.

The four incumbents – Ami Bera, Raja Krishnamoorthi, Ro Khanna and Pramila Jayapal – are likely to be re-elected. All four are from the Democratic Party.

Adding to the so-called Samosa Caucus of Indian-Americans in the House of Representatives would be the entrepreneur and businessman Shri Thanedar, who is seeking his election from the 13th Congressional District of Michigan.

Mr Bera, 57, the senior of all, is seeking his sixth term in the House of Representatives from the 7th Congressional District of California.

According to political experts, all four are comfortably placed against their Republican opponents. So does Mr Thanedar, 67, who is seeking his maiden entry into the House of Representatives from the heavily African American portion of Detroit.

If elected, he would be the fifth Indian-American in the next Congress along with Bera, Khanna, Krishnamoorthi and Jayapal.

Chennai-born Jayapal is the first ever and only Indian-American woman to be elected to the House of Representatives.

During this election cycle, another Indian-American seems to be all set to create history in the State of Maryland. Aruna Miller, 57, a former member of the Maryland House of Delegates, is running as Lt Governor of the State on the Democratic ticket.

Political pundits say she is all set to win. In that case, she would be the first-ever Indian American to be elected to this position in Maryland.

Meanwhile, the Democrats and the Republicans have intensified their efforts to reach out to the Indian-Americans ahead of the November 8 midterm elections.

The House of Representatives is made up of 435 elected members, divided among the 50 states in proportion to their total population. The Senate is composed of 100 Senators, 2 for each state.

The Washington Post newspaper on Friday said that Indian-Americans can play an important role in some of the tightly contested races.

“Ahead of mid-term elections that could be decided by razor-thin margins, Democrats are hoping to capitalise on some of the optimism felt by Indian Americans, a growing and increasingly vital bloc of voters,” the daily wrote.

The canvass launch will feature music, food and a lineup of distinguished speakers. Peloton Instructor Aditi Shah will lead a 20-minute grounding session to kick off the day, focusing on the importance and power of our collective community. Following the launch, over 4,000 estimated doors will be knocked in Upper Darby, Centre City and Northeast Philadelphia.

“I’m inspired to be with so many incredible community activists and South Asian women leaders in Philadelphia this weekend to activate voters who can make the margin in this midterm election. Let’s get out, knock doors, and vote!” Lakshmi said.

“This is the first time we’ve brought together this group of South Asian women leaders from all over the country to mobilise our community around civic engagement,” Harris said.

“And the stakes are so high – right now we’re facing intersecting crises, including alarming new restrictions to abortion care, and attacks on free and fair elections. We have to fight, and I’m proud that our community is showing up,” she said.

According to Neil Makhija, Indian-American Impact executive director, in 2016, Pennsylvania was decided by a slim margin of fewer than 45,000 votes.

“This November, we’re determined to show up and show out, just as we did in Georgia, when we doubled turnout. With over 100,000 South Asian American voters in Pennsylvania alone, we have the opportunity to set the direction of the country,” he said.

The midterm elections will have a significant impact on the direction of the nation, as well as the fate of the person and the party in power in the White House.

Currently, Democrats are in the majority due to the tiebreaking power of Democratic Vice President Kamala Harris, who serves ex officio as the president of the Senate.

Controlling Congress means having the power to launch committee investigations.

In his first two years as president, President Joe Biden has pushed through new laws on climate change, gun control, infrastructure investment and child poverty despite his narrow majorities in Congress.

If one of those chambers switched to the Republicans, however, they would have the power to stop Democratic bills from being passed by Congress and the result would be gridlock.

It will decide who controls Congress as well as state legislatures and governor’s offices. But the elections will give voters an opportunity to indirectly express their views on his presidency and the current direction of the country.

With the US economy struggling and voters concerned about crime and undocumented immigration, the verdict could be a harsh one for president Biden.

The outcome will influence the playing field for the 2024 presidential campaign, and especially the odds of Donald Trump running again.