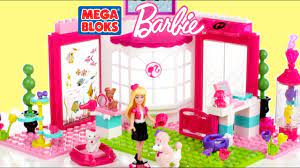 A 2021 central government mandate around quality certification (BIS trademark) for this industry has helped reduce import of toys in certain segments as well as in the harmonised system, or HS, codes (the tariff nomenclature that is an internationally standardised system of names and numbers to classify traded products).

Additionally, the Centre’s mandate also brought in a wave of innovation among desi toy makers, with several now launching products that reflect Indian culture and popular themes from various regions of India.

Market leaders such as Funskool and Hasbro are focusing on bringing in more local flavour to their toys and games line-up. At the same time, various startups are also emerging in the sector that make toys out of eco-friendly Indian materials relating to the country’s culture. From Janmashtami collections to Ramayana sets to board games based on various Indian fables, these products are flying off the shelves as new age parents seek to make play time more meaningful.

The traditional Indian games have taken off much better than expected, Funskool India CEO R Jeswant said. “We feel that there is potential for traditional games because the- re are people to buy,” he added.

“Nostalgia is a key factor when it comes to introducing new toys and games. A lot of us have grown up playing these games when we were younger and want to give our children the same experience in their own native tongue. These games are all fully made-in-India and a boost to our local sourcing and manufacturing,” Hasbro India commercial director Lalit Parmar said.

Sharad Kapoor, the general secretary of Toy Association of India, and managing director of Delhi-based Kreative Kids International, said that while India has always had a large addressable market for toys, manufacturers are now coming up with more localised collections.