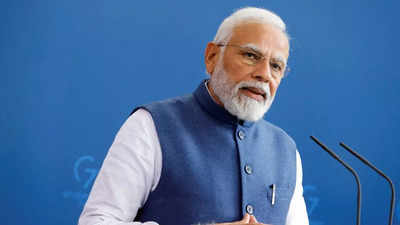 TOKYO: Prime Minister Narendra Modi and SoftBank Group founder Masayoshi Son met on Monday to discuss more investments by the country’s biggest tech backer, as a startup boom appears to cool in India amid worries about the global economy.

The Japanese firm has injected more than $14 billion into India’s tech industry, including in payments app Paytm whose market value has sunk since listing in Mumbai in November.

Fund raising has become much more difficult this year for Indian startups after attracting a record $35 billion in 2021, while Softbank this month posted a record $26.2 billion loss at its Vision Fund investment arm.

In a video statement shared by New Delhi after the meeting, Son said India was growing “very quickly” and had become the third-biggest generator of startups in the world.

“India’s future is bright,” he said, adding Modi was keen to keep supporting the startup sector.

In a separate meeting with the chief of Uniqlo parent Fast Retailing Co, Modi urged the retailer to invest in India’s upcoming all-in-one mega textile parks.

The prime minister is in Tokyo for a summit of the leaders of the Quad group of countries – India, the United States, Japan and Australia – and the launch of the Indo-Pacific Economic Framework for Prosperity.